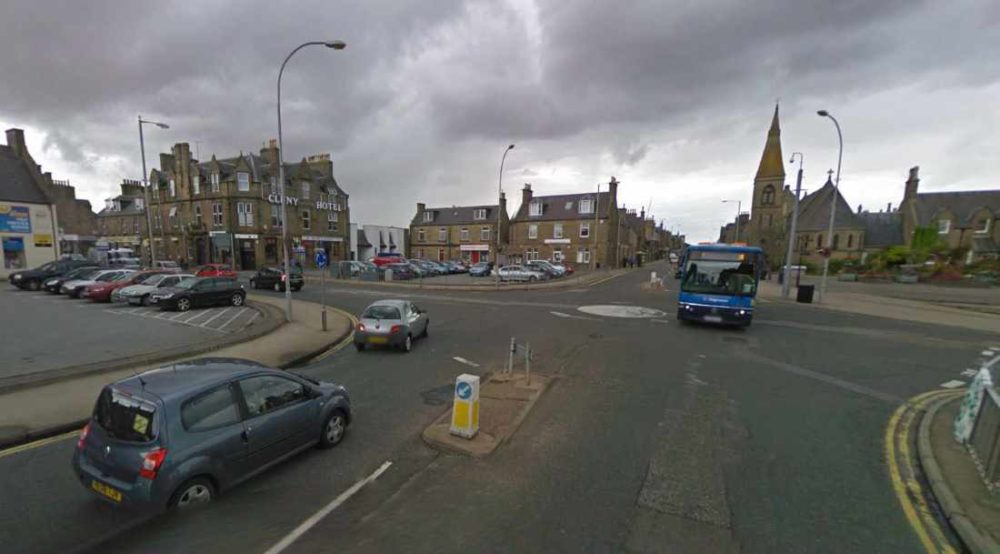 A BUCKIE HIGH STREET pedestrian had a fortunate escape on Tuesday when an elderly motorists lost control of his car and crashed into a shop.

Witnesses said that the car, driven by a man in his 80s, appeared to overshoot the roundabout at Cluny Square before mounting the pavement and crashing into the Seafield Veterinary Group premises on the high street.

A woman who was on the pavement at the time was only narrowly missed by the out of control vehicle, but fortunately the only victim was the driver himself who is reported to have suffered only slight injuries and was taken to hospital “as a precaution”.

As well as the shop front two other vehicles were damaged in the accident – one of which police said had been moving at the time while the other was parked.

A police spokeswoman said: “We were called at 9.45am – an elderly man in his 80s was taken to Dr Gray’s Hospital in Elgin as a precaution with minor injuries.”