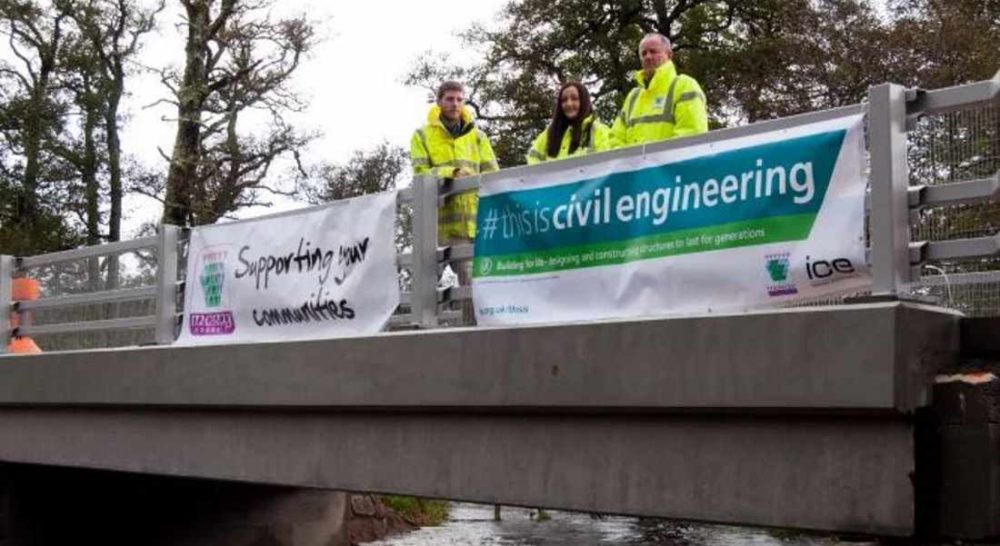 A VITAL LINK between Glenallachie and Edinvillie on Speyside has been restored with the completion of a new £320,000 bridge.

Traffic had to be halted on the minor C59H road at the bridge for four months as a new bridge was put in place.

Now that the project has been completed wider vehicles will once again be able to cross the river on the single-span structure – which also provides a footpath for walkers.

The new bridge replaces its steel frame and timber decked predecessor, which had to be subjected to an emergency closure order four years ago. A detailed investigation into the condition of that bridge found that the entire structure needed to be replaced.

Work on the new bridge finally began in June in a complex operation that involved the diversion of utility services and demolition of the old bridge.

Moray Council engineer Alasdair Donnelly, who has overseen the project, said there had been excellent inter-agency co-operation from everyone involved, including the Spey Fisheries Board, Scottish Natural Heritage and the Scottish Environment Protection Agency.

He added: “I would also like to thank the local community for their patience and understanding over the past few months while work has been in progress.

“The diversions which have been in place will have caused some inconvenience but I hope everyone will agree that the new bridge has been worth the wait.”