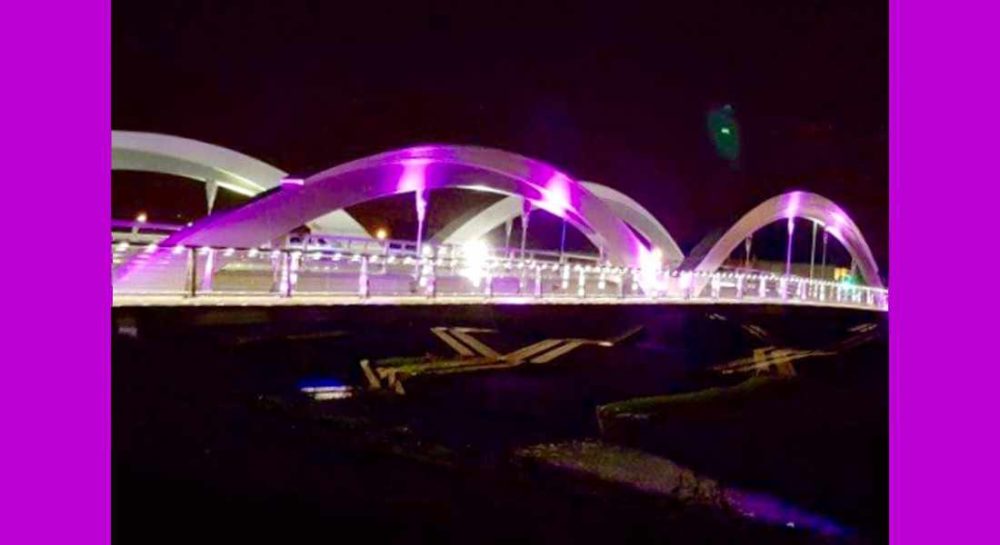 MORAY WAS DEMONSTRATING its support on Thursday for the millions around the world who have or are suffering from Pancreatic Cancer.

The Landshut Bridge in Elgin was lit up purple to mark the world-wide day when the fight against the illness is recognised, part of a month-long awareness campaign.

A spokeswoman for Pancreatic Cancer Research said: “According to a recent world-wide survey, sixty percent of people know almost nothing about pancreatic cancer. It’s time to elevate the global conversation and draw attention to pancreatic cancer and the need for greater awareness.

“By showing the world we are in this fight together we hope to save lives and create a brighter future for people around the globe.

“During World Pancreatic Cancer month our aim is to start making a difference – we are calling on people in Moray to tell their friends, tell your family, tell the world about this important movement.”