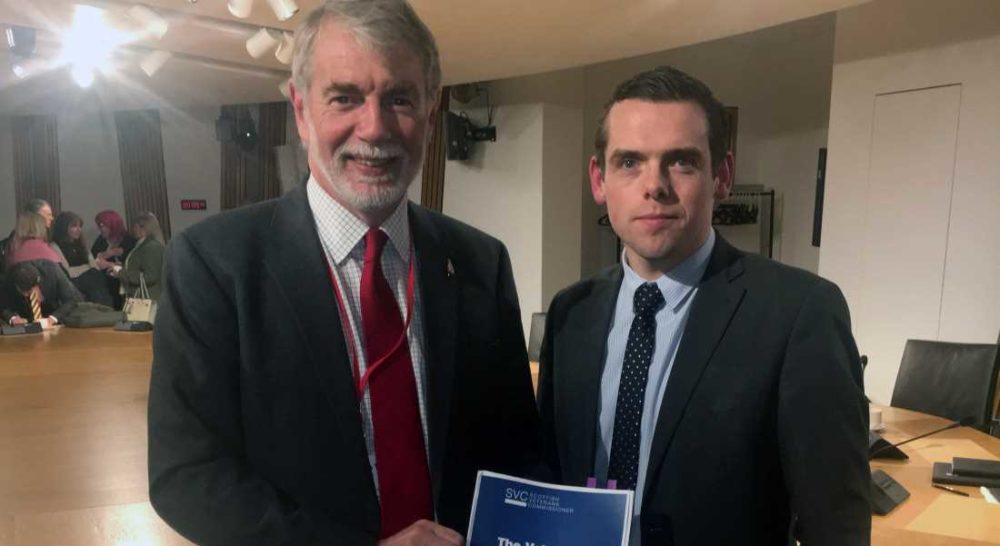 A CROSS-PARTY GROUP meeting at the Scottish Parliament looking into the employability, skills and learning of former service personnel has been told of the “ludicrous” situation in Moray where qualified teachers could not get jobs – and the solution found to resolve that situation.

Mr Ross said he was delighted to hear Mr Fraser refer to Moray several times – noting the importance of both the Army and Royal Air Force who are currently based in the region and that of a historic former Royal Navy community who settled here after their days at HMS Fulmar.

The MSP said after the meeting: “The Cross-Party Group was extremely well attended and it was good to hear Moray mentioned so often by the Scottish Veterans Commissioner – I look forward to his visit to the area in the New Year.

“His report and the recommendations are important in ensuring the spouses of members of the Armed Forces and people who leave the services have opportunities for employment in the local community.

“This is vital for areas such as Moray and we know people want to stay in the area after they have served at Lossiemouth or Kinloss.

“I took the opportunity of highlighting the pilot undertaken in Moray to allow those with teaching qualifications from South of the border more opportunities to teach in Scotland. It is ludicrous that highly qualified teachers moving to Moray with their spouses could not get jobs when there was such a shortage of teachers locally.

“I was pleased that the Scottish Veterans Commissioner agreed to the success of this pilot and that it should be rolled out across Scotland. I look forward to continuing to work with the Armed Forces community in Moray and across Scotland.”