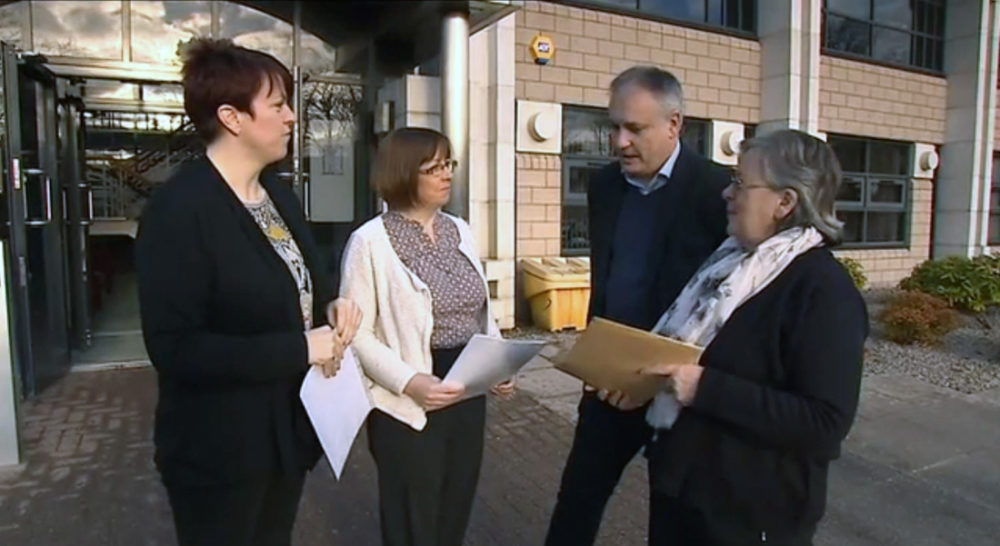 MORTUARY SERVICES THROUGHOUT Scotland are set to see major improvements thanks to the campaigning efforts of a Moray family.

Maryan Whyte and her daughter Natalie handed over a petition to NHS Grampian in Aberdeen on Monday that demanded action over the manner in which grieving families are handled in the aftermath of tragedy.

Mrs Whyte decided something needed to be done following the tragic death of her husband Frank in a boating accident on Findhorn Bay in May. The experience that faced the family when they had to identify Mr Whyte’s body at the mortuary then based at the former Spynie Hospital in Elgin was described as “horrific”.

Mrs Whyte said: “When we saw the place it was like, it can’t be here, it is just a shed – and then you walk through garage doors that are left open and just two steps through that door Frank was just there. It is hard to put it into words but the feelings were just that it was so desperate.”

Their campaign and the assistance of local MSP Richard Lochhead saw an immediate change of policy in Moray, with the Spynie facility no longer being used. However, the issues raised by the family proved to be familiar for families throughout Scotland – with the focus of their campaign quickly becoming national.

Frank Whyte’s daughter Natalie said: “Perhaps with us bringing this forward it is making people feel a little bit more comfortable about talking of these things – and realising that the inevitable does happen. We need to think about this, it is part of life and it is with you right to the end.”

Joining the family in delivering a petition to NHS Grampian was Richard Lochhead MSP, who said their campaign had reached far beyond Moray: “The Whyte family have struck a chord with many families right across the country and not just in Moray.

“They feel very strongly that bereaved families should be shown more respect and dignity when they have to identify a loved one and of course they are grieving. That is something that NHS Grampian is now going to have to act upon – we have to see the results of that with improved mortuary facilities.”

A copy of the petition will be handed in to Moray Council later this week.