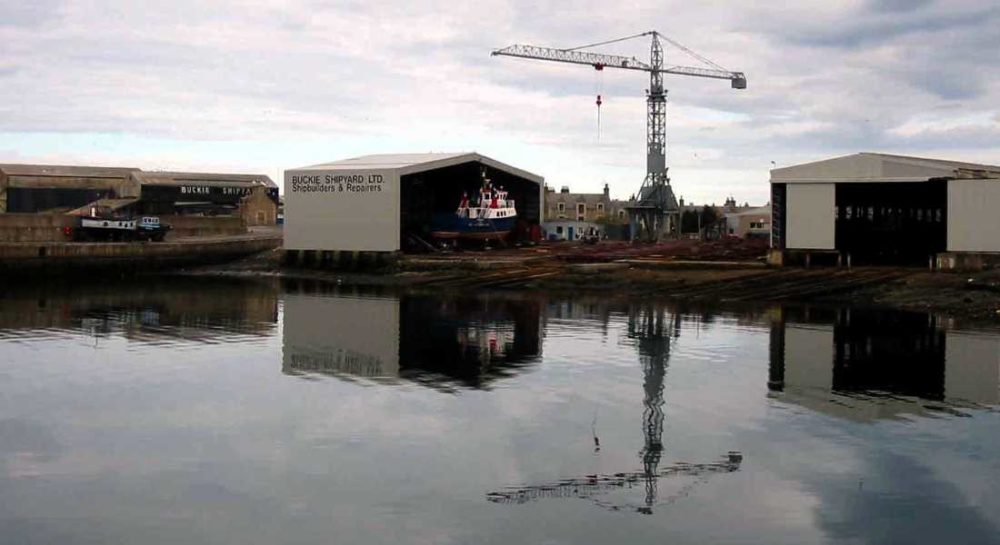 THE BUCKIE SHIPYARD which has lain unused since going into administration could be on the brink a new lease of life.

Dozens of jobs were lost when the yard closed its doors in August 2013. A subsequent deal that year with Macduff Shipyards buy in plant and machinery from the administrators – along with a lease on the launching ramp.

However, the Shipyard itself, owned by The Moray Council, has remained unused – but this week Council Leader Stewart Cree has said there is some hope on the horizon with an offer having been received.

While unable to reveal the details of the offer because of commercial sensitivity, Councillor Cree was able to confirm the offer and a hope that a deal will be concluded soon: “I don’t want to raise false hopes until we are absolutely sure, but it is very positive news that negotiations are under way.

“If these are successful then it will be a huge economic boost for Moray and in particular for Buckie.”

Moray Council prepared a brochure inviting bids for the sale or lease of the Shipyard’s main shed and the slipway, citing its ideal position as an operations base for offshore windfarm support.

Valued at £52,000, the two-acre site could be sold for less by the Council with bids judged on their ability to create jobs and provide a long-term commitment to the town.