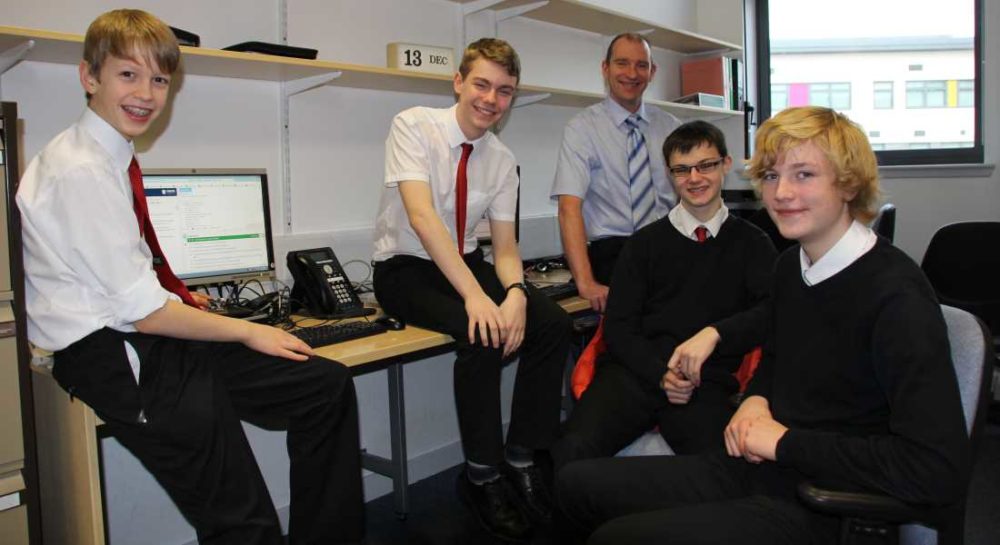 The quartet of S3 pupils were guided through a weekly series of tasks that built their confidence and knowledge in the use of the Python programming language – tasks that included simple code that would turn on a light, to more complex tasks such as producing a program that is capable of teaching Morse Code, the almost exclusive domain of Amateur Radio enthusiasts these days.

Two of the pupils – Adam Govier and Daniel Campbell – were among only eight students worldwide, in their age group, who managed to achieve full marks in the contest organised by Australian firm Grok Learning.

The other two – James Orr and Matthew Hamilton – finished in the top ten, just fractions behind their classmates.

Now all four are looking to take their new skills as far as possible – perhaps even to a computer programming career, with Daniel saying: “It was a lot of fun and it captured my interest from the start – I found that coding was straightforward to learn but very unforgiving, there is no room for errors so ‘debugging’ the code was probably the most difficult part.

“A career in computing? Possibly, it is certainly something I’d like to investigate in the future and I’ll certainly be keen to take part in similar exercises should the opportunity present itself.”

Adam meanwhile found the quizzical nature of programming as much fun as creating the code in the first place, telling insideMoray: “It is a hobby for me at present but one that I hope might become a career one day.

“We were all though very surprised at how things worked out in the competition, for all four of us to do so well is I think a very big deal.”

While the competition brought no prizes for its entrants, the glory of doing so well when compared to the thousands who took up the challenge was enough for all four – and for their Computing class teacher, Donald Mackay.

He said: “The boys get a few periods a week on computing and through this competition have demonstrated they have good problem solving skills – and the logical minds that are required by any computer programmer.

“We are all very proud that they did so well, now we will look to build on that, it will be interesting to see where they go from here.”