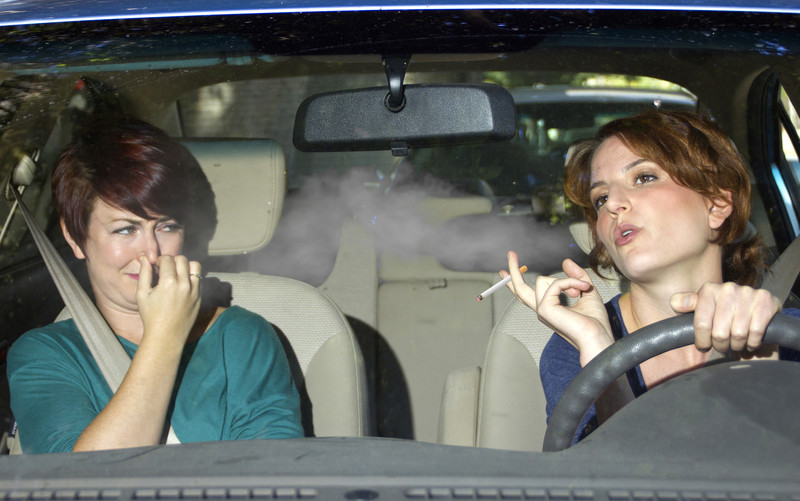 MOTORISTS WHO SMOKE are being warned that a new law comes into force from today that makes it illegal for anyone to smoke in a vehicle carrying passengers under the age of 18.

The law is the result of legislation that was passed with cross-party support at the Scottish Parliament last year – it seeks to provide additional protection for children and young people from the harm of second-hand smoke.  Anyone caught breaking the new law will be subject to a fine of up to £1000.

Minister for health and sport, Aileen Campbell, said: “It’s simply not safe to smoke when a child is in the car. Dangerous levels of chemicals can build up, even on short journeys, and 85% of second-hand smoke is invisible and odourless so you can’t always see what they’re breathing in.

“We know for a fact that the poisonous chemicals in second-hand smoke are extremely damaging to our health. We also know that children breathe faster than adults, meaning they ingest more of the deadly toxins.

“This government is committed to protecting children from the harmful effects of second-hand smoke. Our target to reduce the proportion of children exposed in the home from 12% to 6% by 2020 has been met five years early.

“The ban on smoking in cars will help to build on that success by reinforcing the message that the toxic fumes from cigarette smoke are harmful – particularly to children.”

Health experts say that second-hand smoke can cause serious conditions such as bronchitis, pneumonia and asthma, and children are more at risk than adults because they have smaller lungs and breathe more quickly. Research has highlighted that the toxic particles in second hand smoke can reach harmful concentrations within a minute of lighting a cigarette in a car.

Studies have also shown the average toxic particle levels breathed in during a smoking car journey are more than 10 times higher than the average levels which can be found in the air.

Sheila Duffy, Chief Executive of ASH Scotland, said: “We know from speaking to parents that they want to protect their children from tobacco smoke, but often don’t know enough about how smoke is harmful and lingers in the air even after you can’t see or smell it.

“This legislation sends a clear message that children should grow up in a smoke-free environment, and who could disagree with that?”