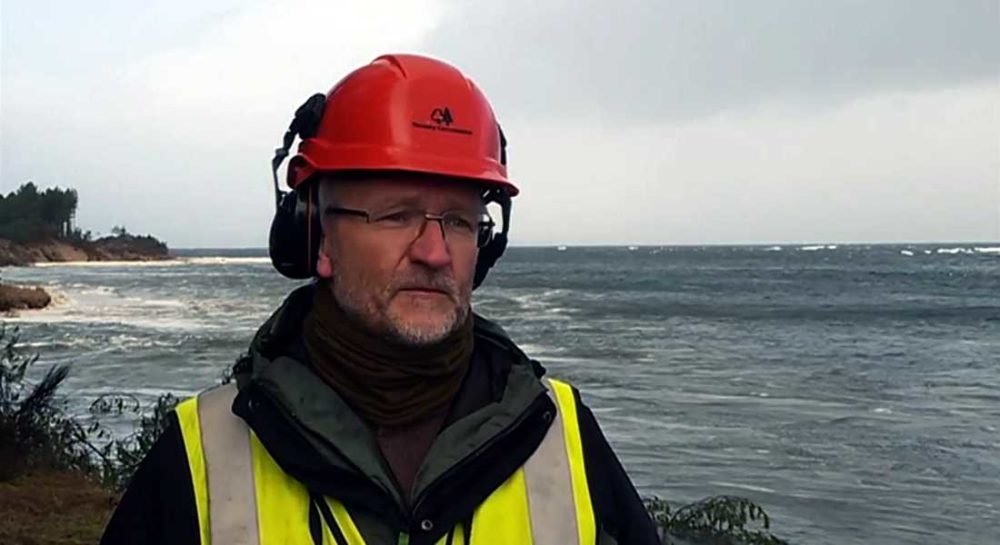 REASSURANCES HAVE BEEN GIVEN that major tree felling on a site adjacent to a beach popular with the seal population in Moray will not overly disrupt wildlife.

Concerns have been expressed after the Forestry Commission decided they had to remove around 2.5km of trees from an area of Culbin Forest overlooking Findhorn Bay.

The felling of the Pine Trees has been deemed vital as they encroach on the bay – but they overlook a beach that is regularly visited by hundreds of grey and harbour seals. It is a key area for the seals and an important one, recognised by the fact that for the last three years it has been illegal to harass or endanger seals at the site.

Paul Raisbeck from the Forestry Commission explained: “Trees at the very edge of the forest are being eroded away causing them to fall into the water.

“This is a loss in both volume and value of timber there, it also tends to be an issue with trees that are either pointing out into Findhorn Bay or out to sea causing an issue with boating and shipping. This will never stop the erosion but we felt that it might help to slow things down.”

Alan Campbell explained why this was the ideal time to be undertaking the operation: “Part of the reason we are felling at this time of the year is that the females are all away giving birth to pups elsewhere, so this is the best time in terms of minimising disturbance to the seals.

“There have been very few seals around and we’ve not seen any on the sand, which is great because otherwise we might have to consider stopping the operation.”