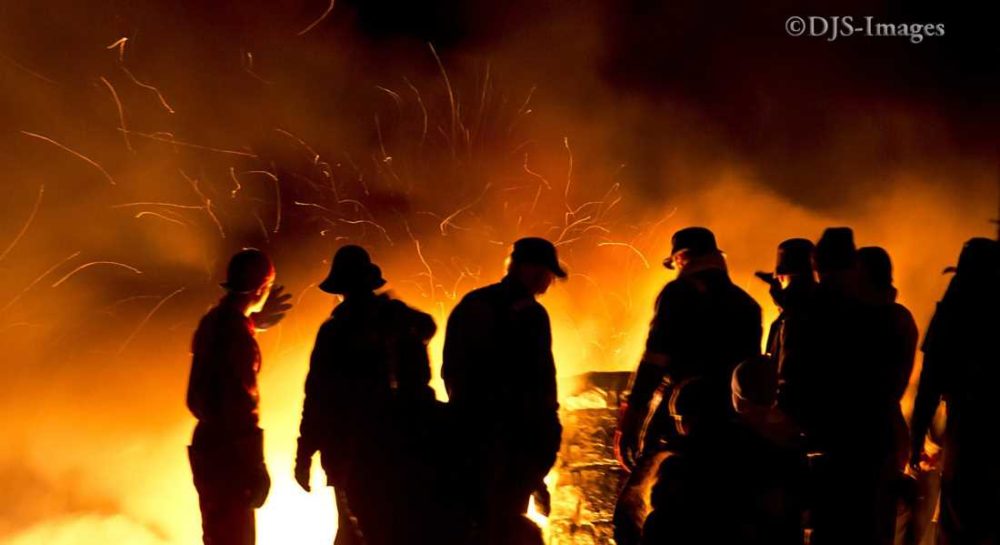 ROWS OVER BEER bearing the name of one of Moray’s most compelling annual events are not expected to cast a shadow over the Clavie in Burghead this week.

Wednesday will see thousands from the Moray town being joined by many more from throughout the region and beyond celebrate the Pictish New Year.

The run-in to the event this year has been marred slightly by a row between the Burghead team behind the organisation of the event and Lossiemouth-based Windswept Brewing Company.

Windswept have pressed ahead with the issue of their new ‘Clavie’ beer, following their own tradition of naming brews that reflect local events and customs. However, Dan Ralph, as ‘Clavie King’ and leader of the Burghead event, is not at all happy that the beer has been issued without permission – and has been threatening legal action.

“The Clavie has been burnt every year in Burghead for many centuries and we have to keep that tradition going – having said that, however, visitors are more than welcome.”

Burning of the Clavie is unique to Burghead and is thought to date back to the 1750s when the Julian calendar was reformed in Britain and the Gregorian calendar was introduced. That brought forth riots in many places where they wished to ‘get back’ the result ‘lost’ 11 days.

However, in Burghead it was decided to adopt the best of both worlds by celebrating each new year twice – on January 1 and January 11. The actual ceremony is thought to date back well before the 1750s by several hundred years – but, as is often the case with such traditions, the actual origins are not clear.