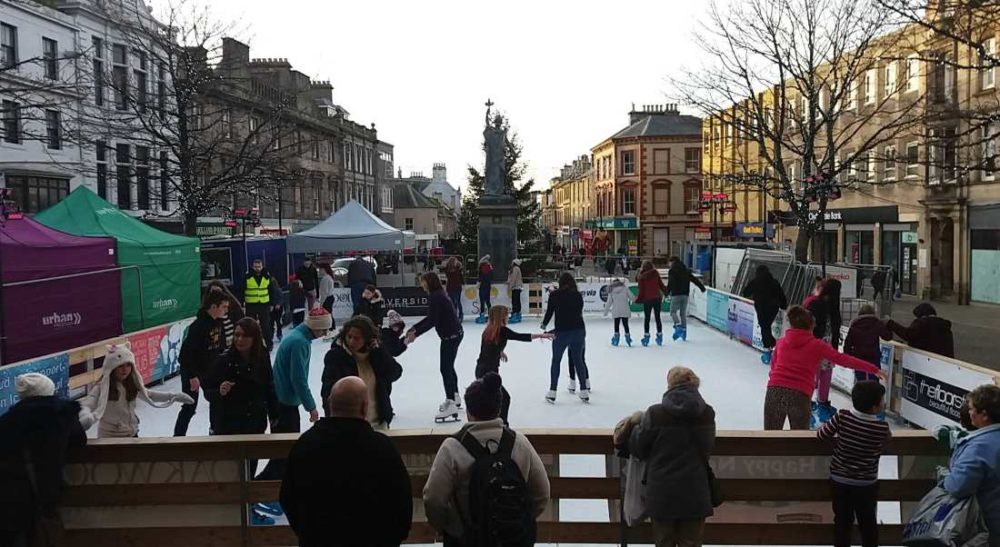 AN EXTRA DAY has been added to the Elgin Ice Festival with several sessions now taking place this Sunday before the curtain is finally drawn on a highly successful initiative.

Praise for the small rink has been wholesome from every quarter – not in the least from city centre businesses who report much busier trade than might have been expected.

It was expected that the rink would close on Saturday with a Festival Skating Showcase – however, organisers now say that they will be able to return for one more day by popular demand, with sessions taking place on Sunday between 12noon and 5pm.

Jon Behari said that he has been overwhelmed with the public reaction to the Ice Festival – and has assured everyone that efforts are already under way to bring it back bigger and better in December this year.

“The companies and groups who backed the Festival and the volunteers who delivered it have all been fantastic, but above all it is the people of Moray who recognised that this was something very different in the town that could be enjoyed throughout the holiday,” Jon told insideMoray.

He added: “We are already planning for next year and will be seeking agreement with Moray Council that would allow us to make the rink larger than it was in this first year. We have also learned a great deal from the experience, so I think I can say with some confidence that when it does return in 2017 it will be not only bigger but better in every way.”

Speaking of the extra day this weekend, Jon added: “It was our intention to close on Saturday but demand has been such that we looked again at the schedule for taking everything down and realised that we could fit an extra day in.

Bookings for the final session can be made at the Festival site or by visiting them online at http://elginicefestival.com.