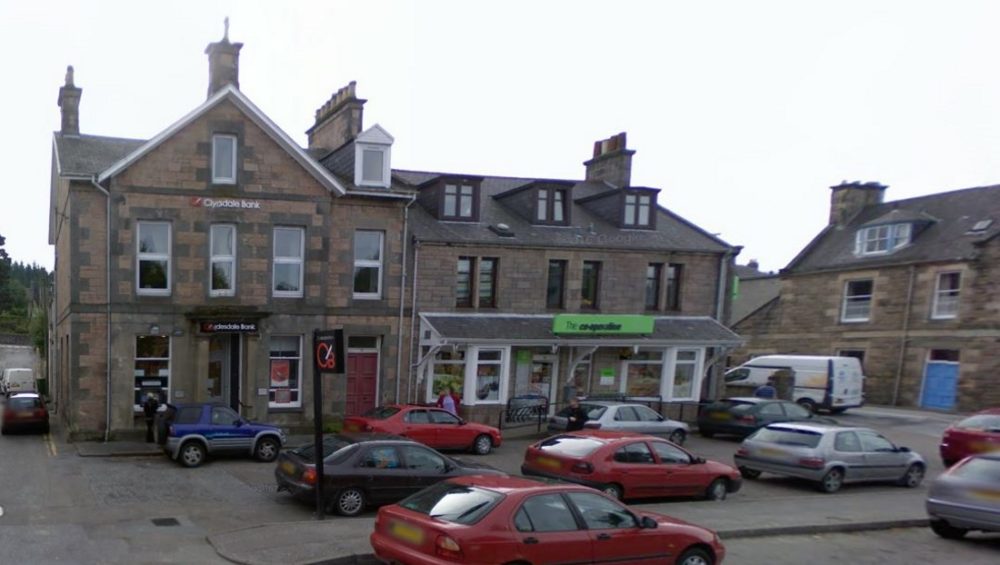 THE FUTURE OF local banking services in Moray suffered another severe blow with the announcement that Clydesdale is to close two more branches in the region.

Some months after separating from their Australian owners, Clydesdale Bank has announced that they will close 40 of their Scottish branches – including those in Aberlour and Buckie.

It is the latest in a series of local branch closures by Clydesdale, RBS and Bank of Scotland and one that is being described as a “huge blow” – with the Aberlour branch closure leaving the town with no local banking facility at all.

Clydesdale’s owners the CYBG group say that the closures will be applied throughout their network in Scotland and south of the border, where another 39 branches of the Yorkshire Bank will also be shut down.

Customer banking director for CYBG, Gavin Opperman, said: “While the decision to close any branch is never an easy one it is important that we, in line with other banks operating in the UK market, continue to respond to changes in the way customers want to bank with us.”

Having previously called on banks to show a greater commitment to rural areas such as Moray, local MSP Richard Lochhead said that he was disappointed Clydesdale seemed impervious to the difficulties closures will bring to their older and most loyal customers.

He said: “This is a huge blow for Speyside considering that it comes hot on the heels of other recent bank closures, including in Aberlour itself. It is a considerable distance for customers to get to [their nearest branch] Keith just to get to a bank.

“Older customers will be hardest hit by this and it is a fact Clydesdale appear to be completely impervious to.”

Ten local bank branches have now been closed in Moray over the last two years, the Bank of Scotland having closed branches in Cullen, Aberlour, Burghead and Fochabers, the Royal Bank at Dufftown, Lossiemouth and Keith and Clydesdale at Forres and now Aberlour and Buckie.