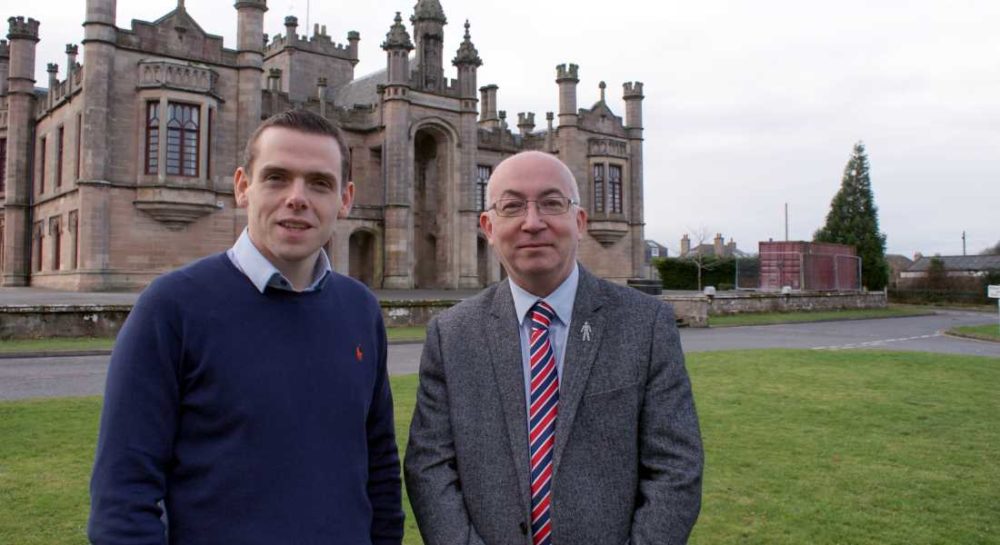 THE OPENING MOVES in what is expected to become the biggest changes in Moray local democracy for years have been made by the Conservative Party.

They have named a former Parliamentary Assistant to the SNP’s Richard Lochhead as their candidate in the Fochabers/Lhanbryde ward.

Marc Macrae has been selected to fight for the place being vacated by Douglas Ross – who was elected to the Scottish Parliament last year. It will be a second tilt at the council for Mr Macrae, who stood as an independent in a by-election for the Buckie ward after spending several years as Mr Lochhead’s right-hand man.

Currently working as an assistant to Mr Ross, Marc’s CV includes roles as a former director at Buckie Thistle FC and currently with aerospace charity Morayvia.

“It is a great honour to have been chosen to stand for election to the Moray Council,” he said, adding: “If fortunate enough to be elected in May I will seek to continue the fantastic work done since 2007 by Douglas Ross.”

Recognising that those elected in May face some of the toughest challenges ever placed before local councillors in Moray, Mr Macrae added: “These are tough times for local government and I aim to continue the can-do approach that residents have received from Douglas. I aim to make my knowledge and experience count as much as possible when it comes to ensuring council services meet the needs of local people, and indeed to make sure their voices are heard.”

Brought up in Fochabers, Marc still lives in the community with his wife Sarah and four of their five children. The former Milne’s Primary and Secondary pupil recently won a two-year battle with cancer before helping Douglas Ross with his election to the Scottish Parliament and subsequently setting up his constituency office.

Now he aims to concentrate efforts on his home community: “I was fortunate enough to receive an excellent education at Milne’s and I want all the children of Moray to get the best possible start in life.

“Looking after their interests will be a priority for me. I am currently the vice-chair of the Parent Council at Milne’s and I hope that I can bring some real-life experience to the council chambers.

“We are fortunate to live in a lovely area. As well as Fochabers and Lhanbryde the ward includes Mosstodloch, Portgordon, Garmouth, Kingston, Urquhart and the many smaller but equally important communities, and if elected will do my best to protect the villages and countryside from developments which may not be best suited to rural Moray.”

Douglas Ross expressed his delight that Marc would be standing for the ward, saying: “I’m really delighted that Marc has agreed to stand.

“I know from experience that he will be a very hard working and conscientious representative for all the people of the Fochabers-Lhanbryde ward. If he is elected, I look forward to working closely with Marc on the issues that matter to local people here.”

As he plans his campaign, Mr Macrae said he would welcome feedback from local people and can be contacted by Email or by writing to him at Moray Conservatives, 26 Hay Street, Elgin, IV30 1NQ.