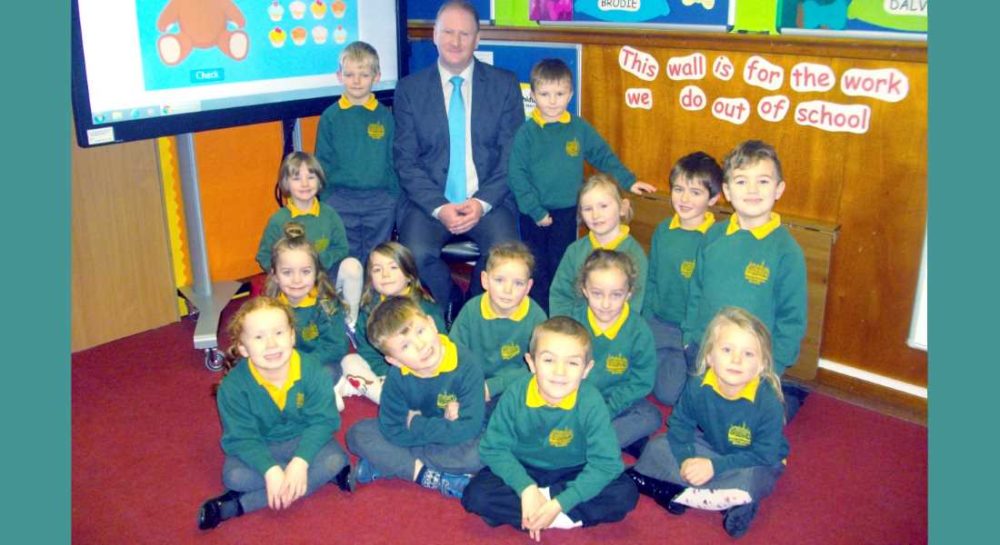 STAFF AT A Moray primary school have been described as ‘fabulous and very conscientious’ by no less an authority than the leading society magazine Tatler.

Dyke Primary School was named by the publication in their annual survey of the top state schools in the United Kingdom – citing one former parent as saying that the staff “make learning fun”.

Head teacher of the 90-pupil school, Stephen Simpson, is singled out in the report as doing a great job – while the combination of parents and the local community are described as one big family.

Mr Simpson said that it was quite an achievement for his school to be picked out by the London-based magazine, although he does point out that the author of the article could have done better than naming the school as being in Inverness-shire. He said: “It is the only school in Scotland to make it onto the list, so that’s quite an accolade from the parents that contributed to the survey.

“We all do our best to ensure the children enjoy their school days here, leaving with confidence and a good level of education setting them up for the future.”

Dyke made the top ten in the nation on the magazine survey, with the survey reporting: “A small handful of pupils leave at 10 for preps like Belhaven Hill (a four-hour drive away) en-route to Fettes or senior schools in the south, others move on to local academies in Forres and Nairn.

“We spoke to a mother whose son is flourishing at a top English boarding school – all credit, he says, to Dyke Primary teacher Mrs Tulloch, ‘who made learning fun’.

“The school goes out of its way to find opportunities for sporty types – pupils take part in the Gordonstoun Challenge, and there are week-long ski trips to Abernethy for the top three years.”