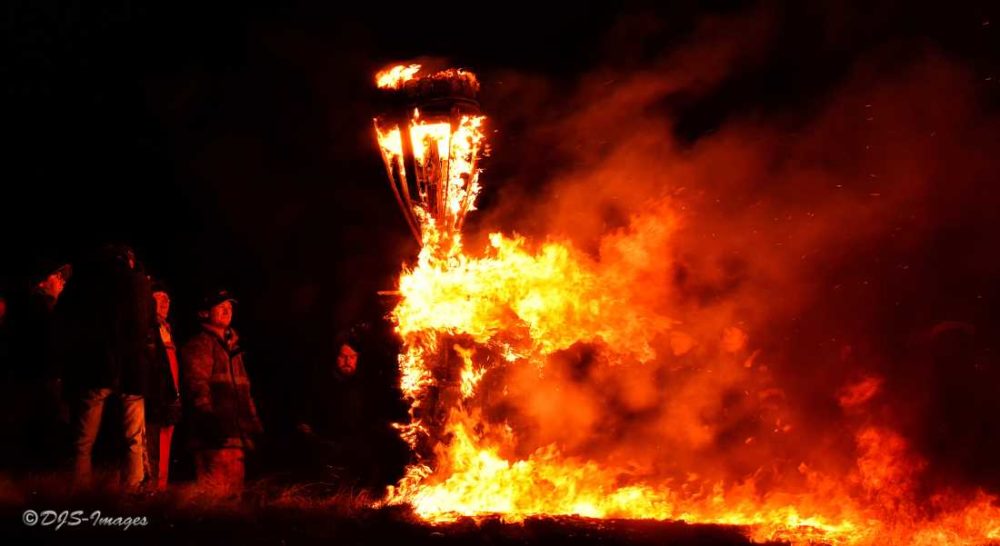 CONDITIONS WERE FAR from ideal as the Clavie was lit to see in the new year at Burghead on Wednesday evening.

Wind and rain did not, however, stop the historic ceremony from taking place – nor was it allowed to stand in the way of the thousands determined to defy the elements and take part.

There was even a boost for the unique event which dates back to the 1750’s and celebrates the new year under the ancient Julian calendar – which means Burghead residents celebrate both on January 1 and January 11 each year.

MSP’s at Holyrood recognised the importance of the Clavie ceremony ahead of the event this year, prompted by regional MSP Douglas Ross who said: “The Clavie is a great traditional event that Burghead is rightly very proud of.

“As I was selected to ask a question to the Cabinet Secretary for Culture, Tourism and External Affairs on the 11th January, I thought it was an excellent opportunity to highlight the Clavie and tell fellow MSPs about this special tradition.

“The question allowed me to highlight some of the history behind the Clavie, praise Clavie King Dan Ralph and his crew and recognise the involvement of younger members who are just as keen as their ancestors to be involved in the Clavie.”

Fiona Hyslop MSP passed on her own praise to Dan Ralph and the Clavie Crew, saying: “I congratulate the Clavie King and all those who are involved in what I understand is a vibrant and inclusive event that pays tribute to the long-standing heritage of that place and of Scotland.

“We are now in 2017, which is the year of history, heritage and archaeology, and it is not just our built environment that we want to celebrate – we also want to celebrate the intangible heritage of our country, which includes the traditions that the member has just referred to. Those are very much part of Scotland’s heritage as well.”