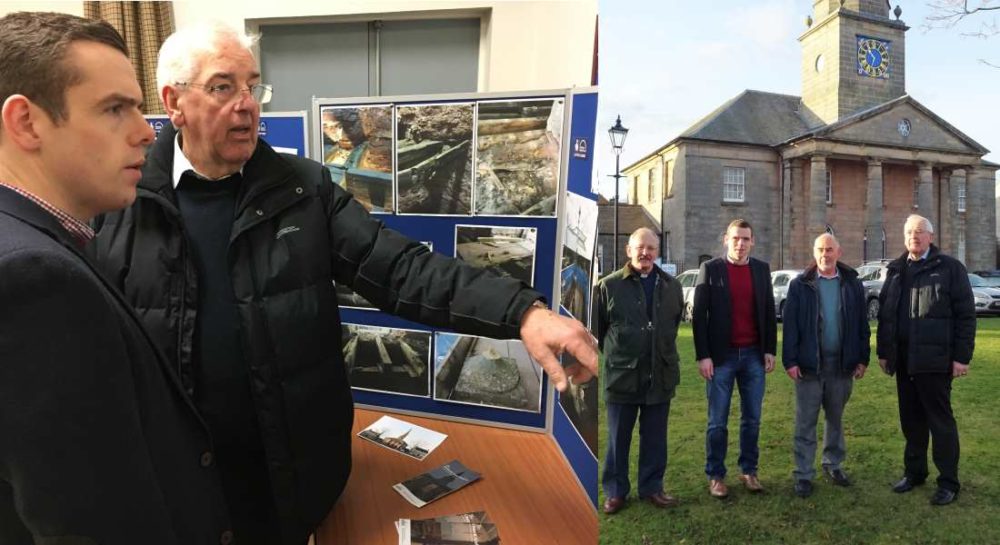 THE EFFORTS OF a Moray community have finally paid off with completion of renovation works on the Bellie Church in Fochabers.

Now those behind the fundraising efforts will hold a special dedication service for the work on the church tower, completed with the help of the Heritage Lottery Fund, Gordon and Ena Baxter Foundation and the Scottish Landfill Communities Fund.

Grants from each assisted parishioners in their efforts with the balance raised from the church congregation over a two-year period.

Ahead of the service this weekend, local councillor Douglas Ross MSP received a tour of the refurbished tower, saying: “I was delighted to accept the invitation from George McIntyre and the Tower Team to visit the church and see at first-hand the works which have been done to renovate the church building.

“While I’m not normally one for heights I was impressed after scaling the ladders inside the tower to see the full extent of the works which had been carried out to replace the timber fabric of the church steeple – and of course the chance to see the clock mechanism and the bell which is a well-known sound as its chimes are heard throughout the village.”

Congratulating the congregation on their efforts, Councillor Ross added that their work ensured that what has been a landmark for over 200 years will continued to dominate they skyline for many more years to come.

“My visit coincided with the weekly Coffee and Chat session which is held in the church hall every Monday and it was a great opportunity to catch with villagers to hear their views on the now finished project and to see many of the photographs which were taken throughout the renovation.

“The coffee and chat sessions have been going for over a decade and the group donated a significant amount of the funds they raise to the restoration project so I was pleased to be able to thank all the volunteers for their contribution to the project as well.”