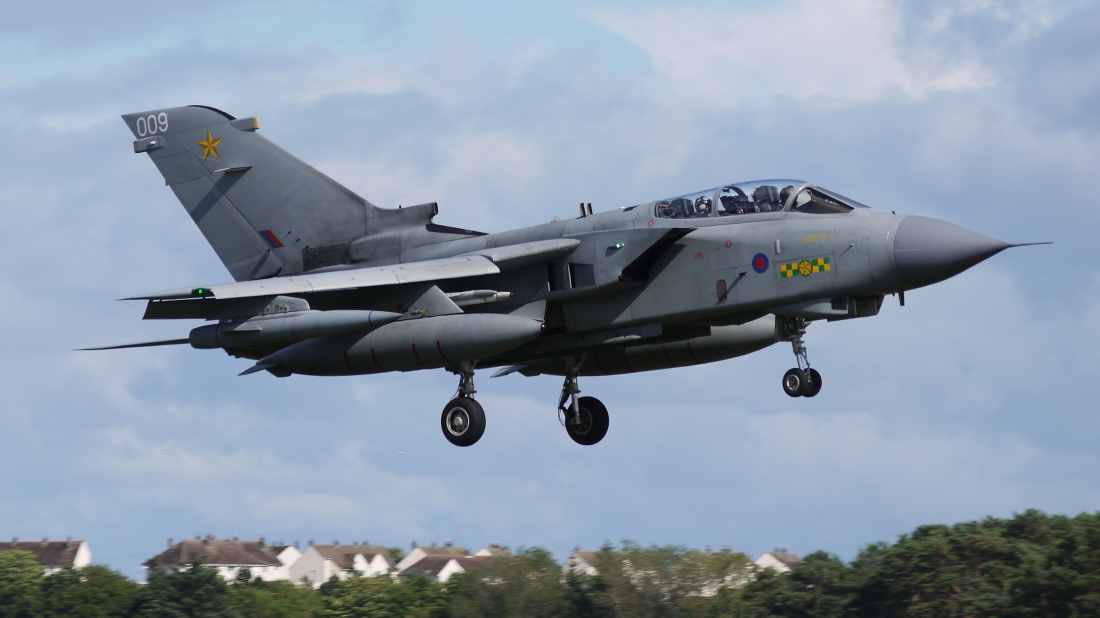 CHANGES TO FLIGHT patterns at RAF Lossiemouth designed to minimise noise nuisance over the Moray town have been reversed following an official report into a near-miss incident.

Until the arrival of Typhoon squadrons at the base, aircraft would use a left-hand circuit pattern as they approached the airfield.

However, the arrival of larger formations of Typhoon aircraft brought about a change to a right-hand pattern in an attempt to reduce noise levels over the town. That, however, posed an issue for common Typhoon situations where four aircraft approached the base, as the final aircraft did not always have the space to break circuit before overflying the town.

The issue became a real problem last August, according to a report by the UK Airpox Board (UKAB) published today, which looked at the circumstances surrounding the last of four Tornados leaving the base coming to within 300 feet on the same trajectory as the last of four Typhoons preparing to land.

In their report the UKAB agreed that the Typhoon pilot had “not integrated effectively with the Tornado”, but cited several contributory factors, saying: “…an extended break point had been required to avoid the Lossiemouth village and that ATC did not inform the Typhoons about the departing Tornados on the runway.

“Turning to the risk, the Board noted the dynamic nature of the incident, the reducing slant range between the two aircraft up to CPA, and the very late sighting and manoeuvre by the Typhoon pilot.

“Taking all these into account, the risk was assessed as Category B, safety margins had been much reduced below the norm.”

Diagrams showing the flight path of both aircraft demonstrated that they were heading in a direction over the Moray Firth – so the danger to those on the ground in Lossiemouth was somewhat less than might be reported by some media.

After taking all circumstances into account, one major change in local orders for air traffic control staff at the base is to ensure arriving aircraft are made fully aware of aircraft awaiting departure, and not simply rely on them having heard radio exchanges.

Another is that all aircraft will return to the left-hand circuit pattern, notwithstanding that may produce more noise for residents around the base it would provide a safer operational understanding.

The report also highlighted that the Tornado is fitted with collision avoidance warning software, but the system is the subject of a ‘warm up delay’ of up to 20 seconds before it is fully operational and it is believe that is why the pilot was not aware of the Typhoon.

The report surmised that even if the warning had been shown the pilot may not have seen it, preoccupied as he will have been with the many actions he had to undertake in preparing to take off and join the rest of his group.

However, Moray’s MP Angus Robertson insisted he had “serious concerns”, saying: “I share the concern of everyone for the RAF personnel involved and the neighbouring community following this incident.

“I have long been campaigning for Collision Avoidance Systems to be fully operational in all RAF aircraft.

“It is to be welcomed that new guidelines are in place but I still have serious concerns that this vital equipment is not installed and working in all aircraft.”

The full report can be read online here.