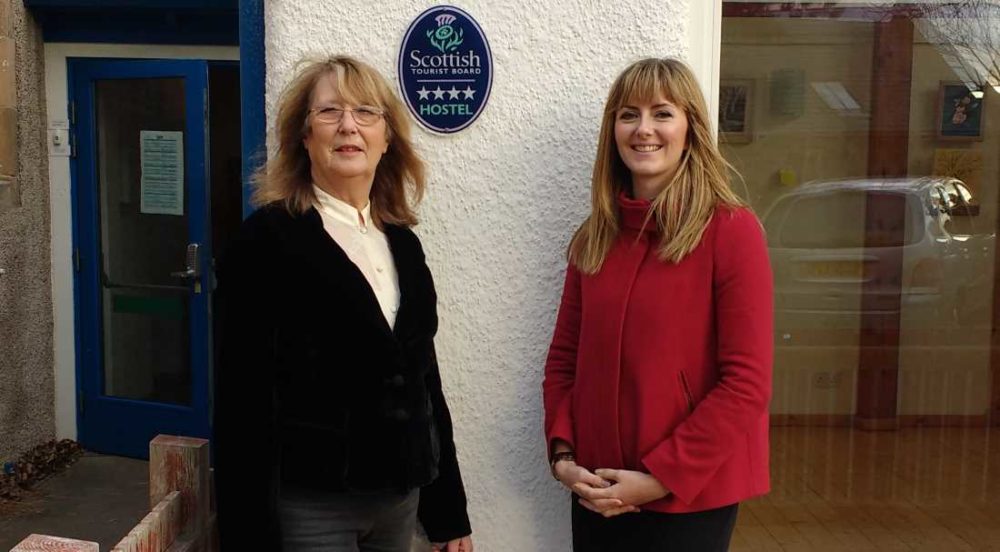 A FORMER MORAY school that was converted into becoming a Hostel has doubled its rating with VisitScotland at a stroke.

The Findhorn Village Hostel has been upgraded from two-star accommodation status to coveted four-star under the national tourism organisation’s Quality Assurance (QA) scheme.

Several improvements undertaken at the Hostel was responsible for the upgrade from a quality assurance scheme that is the benchmark for quality in the tourism industry. The coastal village accommodation, which opened in 2000, received its two-star grading only a few years ago – but has since been committed to development.

That included a massive refurbishment that took place in May including a new kitchen and living room as well as the installation of double glazing. An excellent new website has been created and improvements have also been made to the hostel’s booking process.

Along with two members of staff, these changes are largely down to the community spirit of the village, with around 20 locals volunteering their services – now all of their hard work has been rewarded with the four-star accreditation.

Justina Baltakyte, the hostel’s Marketing Manager, said: “We are extremely pleased to be given this four-star QA award. The team and volunteers have worked very hard so it’s great to receive this recognition and see that our efforts have paid off.”

Jo Robinson, Regional Director at VisitScotland, said: “I would like to congratulate everyone at Findhorn Village Hostel on their four-star QA award. It is a superb achievement and the improvements made are very impressive.

“Our Quality Assurance scheme helps businesses to reach their full potential and truly shine. The scheme is about more than just the ‘stars’ on the door – it’s about the entire visitor experience, about investing in your business and making it as economically sustainable as possible.”

For more information on Findhorn Village Hostel, go to http://www.findhornvillagehostel.com/.