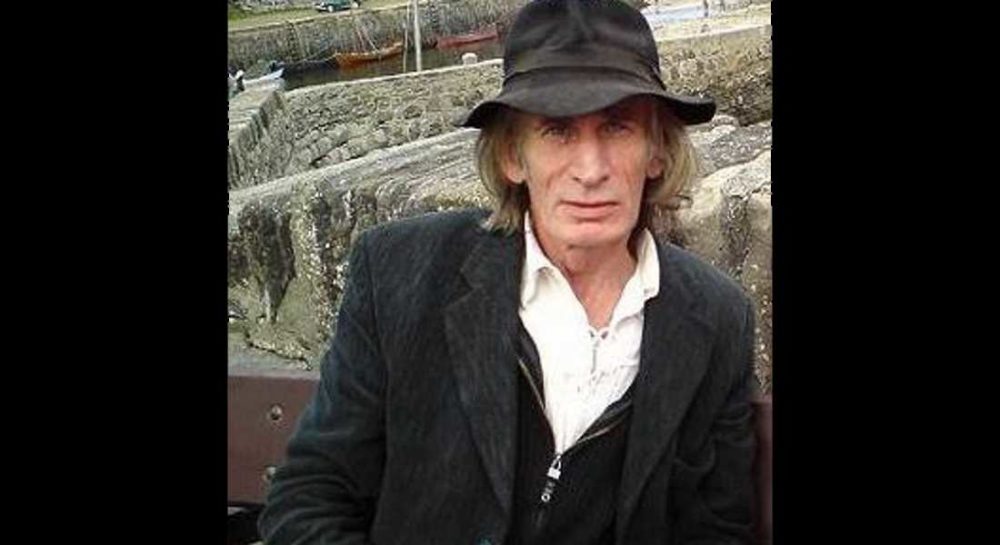 A MOVING FINAL farewell was given in Elgin on Wednesday to the Poet, Lyricist and Musician John Mackie, who passed away just before Christmas.

Mr Mackie, from Banff, died in Dr Gray’s Hospital after suffering a stroke at the age of 70.

His poetry in recent years has been renowned around the world and he regularly performed at literary events in Moray, making many friends – several of whom are from the North East Writers Group, who are now planning a series of events in his honour.

John Mackie enjoyed a stellar career that began in the 1960’s when he worked with music legends such as David Bowie – he was a member of Djinn, a band formed by Tony Visconti that included Bowie.

As well as penning songs performed by Bowie at the start of his solo career, Mackie worked with Jim Mullen and members of the Average White Band. In the 1970’s he appeared on stage with such as Marc Bolan, Joe Cocker, Marsha Hunt and Pink Floyd.

He ultimately returned to Banff but continue to perform his poetry and music, becoming a familiar and much loved sight throughout the north with fellow writer and musician Haworth Hodgkinson saying: “He was always around in the poetry and music scene and it comes as a huge shock to think that he is not going to be around anymore.

“John had this great talent and could stand in front of an audience and communicate with them to get his poetry across which is one of the reasons he was so popular.

“He was very supportive of younger artists and would point them in the direction of people who would promote them or provide the financial support they needed to continue their education.”

Mr Hodgkinson said that John had suffered from ill health following a stroke around five years ago, adding that he had breathing problems in particular during the winter months.

“Every summer he would seem fine and full of life but he would always say he didn’t think he would survive another winter,” he said, adding: “He had a stroke on the morning of the December 23 then died in hospital later that day.

“His death is going to leave a huge hole in the art community. We’re all still beginning to come to terms with it. I’ve not been able to accept he’s not with us anymore.”
The poet is survived by his sons Rory and Daevid and his brother Colin.