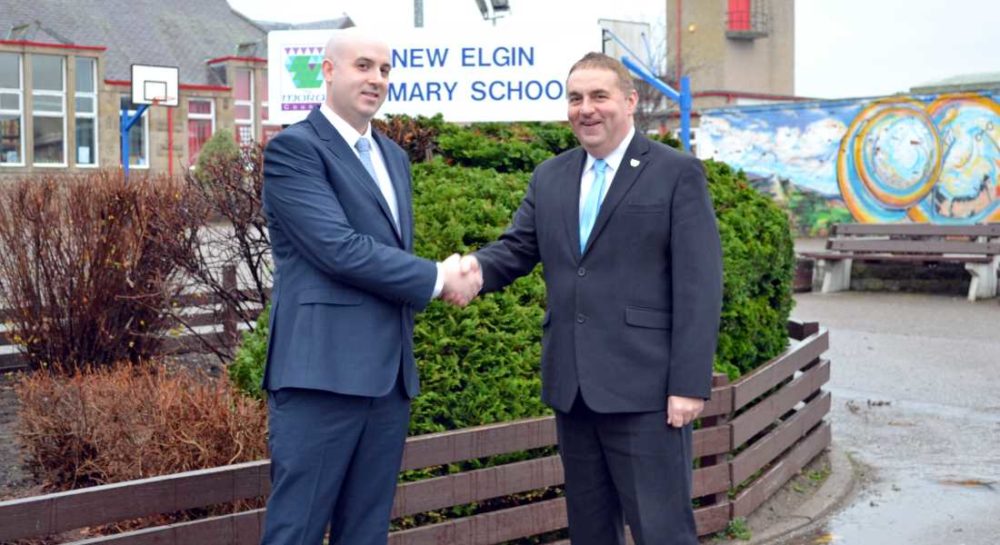 AS THE OLD GUARD move aside from the Moray Council in May’s local elections, one party has been quicker out of the traps than any in revealing who will be throwing their hats into the ring.

Moray Conservatives have confirmed two more of their candidates – with one serving councillor attempting to shift to his home-town ward, while another makes a bid to enter the arena for the first time.

The announcement follows that of Marc Macrae’s selection to succeed MSP Douglas Ross as candidate for Fochabers/Lhanbryde.

Councillor Allan’s change of ward has been prompted by his recent move back to his home town of Lossiemouth. He said: “It has been an enormous privilege to represent the people of Elgin South for the last five years.

“However, having recently moved from Elgin to Lossiemouth it seemed appropriate to seek election for the area where I actually now live. I very much hope to have the opportunity to use the experience I have gained representing Elgin to serve the people of Heldon and Laich which, as well as Lossiemouth, includes Burghead, Hopeman, Duffus and Alves. It’s a big area and a big challenge and I am looking forward to it.”

If successful Mr Allan will replace the current convener at Moray Council, Alan Wright, who has decided not to seek re-election in May.

Ray McLean, meanwhile, is a new name for those who will decide who represents them in the Elgin South ward.

Mr McLeand attended Milne’s High School in Fochabers before joining the Royal Navy as a submariner. He served for five years before retraining and going to work as an engineer in the oil industry.

Of his selection he said: “I am honoured to have been chosen to stand, and, with the support of the residents of Elgin City South, look forward to continuing the excellent work currently being carried out by Councillor James Allan on their behalf.

“I look forward to meeting as many local residents as possible during the campaign. However, if anyone would like to contact me in the meantime please drop me an email at ray4elgincitysouth@gmail.com or write to me at Moray Conservatives, 26 Hay Street, Elgin, IV30 1NQ.”

James Allan can also be contacted at Moray Conservatives or via email at james4heldonlaich@gmail.com.

insideMoray will maintain a neutral stance throughout the local elections, offering equal space to all candidates and offering the opportunity to each political group to address our readers.