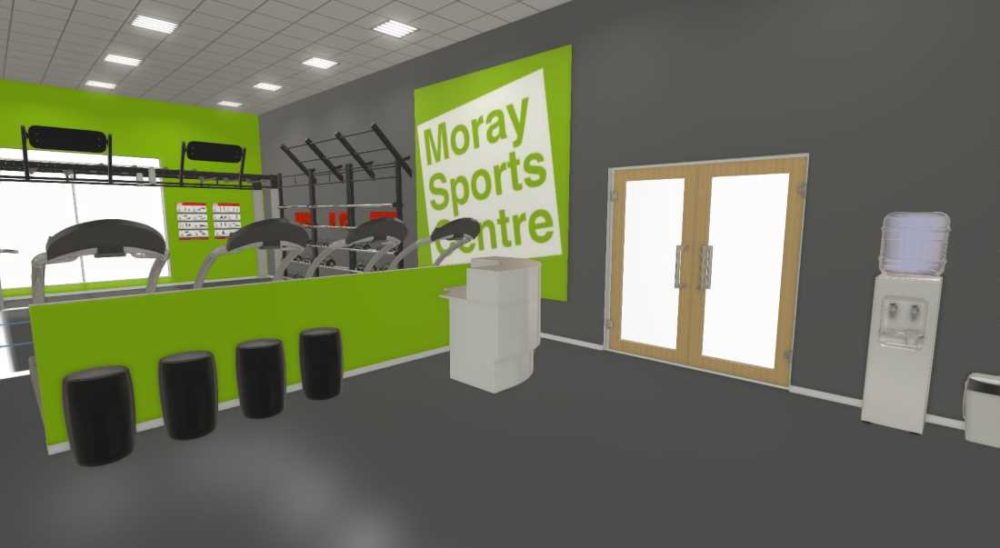 PLANS FOR THE CREATION of a sports centre in Moray capable of helping to create future generations of athletes over a number of disciplines could be agreed by council planners by the end of the month.

That is the hope being expressed by Moray Sports Centre chief executive Kathryn Evans following further details of the centre being released to the public in the last week.

A video and images showing the proposed layout of the planned centre in Elgin shows a gym that will be twice the size of anything currently available in the region, containing over 100 pieces of equipment.

The centre will from the outset contain a conference centre and sports hall capable of hosting international events, while outside it will boast six tennis courts, two rugby pitches and a 1km running track.

Kathryn Evans said: “The planning application is still with the council – but we have been working hard with them and we could get approval before the end of February. That means we might hopefully be able to break ground on the centre this summer.”

Design of the centre has been a difficult balance of the needs of sports participants at competitive level and those members of the public who just want to improve their fitness level.

Ms Evans said: “Each area will be set aside for each group – but it is not going to be to the point where we have quadrants or anything like that. I’m still open to feedback though – this is still just a draft and we are hoping people will get in touch to let us know what they think.”

Updates on progress of the Moray Sports Centre can be found on the project Facebook page.