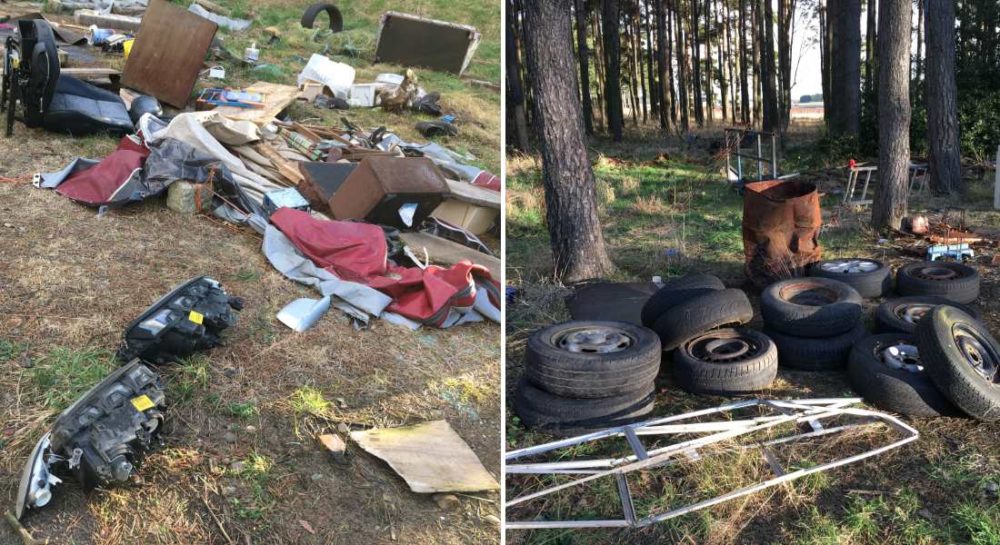 A MORAY COMMUNITY is calling on a local landowner to speed up clearance of rubbish left behind by travellers – as it is being added to by illegal tipping.

For several years communities around the south of Elgin at Linkwood Road had a semi-permanent travellers camp in their midst.

At one point around 20 families were camped on a piece of land between Troves and Clackmarras owned by Strathdee Properties. However, last year the last traveller family finally moved on – but left what was described as “devastation” in their wake.

Local resident David Duff told insideMoray: “It took a deal of pressure from local residents living around the area of the site to have at least part of the site cleared – including three derelict caravans, a large horse box and several abandoned vehicles taken away.

“It was not completely cleared, however, and now the Environmental Protection officer at Moray Council has said that there is nothing more he can do other than offer the landowner free disposal of the rubbish.”

That is proving to be a frustrating stumbling block for the local residents, however, as the landowner has insisted he is too busy to take any action.

insideMoray contacted Gavin Strathdee, the managing director of Strathdee Properties, for comment but he would only repeat what he had been telling residents: “As I told David Duff, we will clean it up when we can but I have far too much work on to do it now.”

Mr Duff said: “The longer this situation is allowed to go on, the worse things get – we are now in a position where the site is attracting others to dump their rubbish and is becoming an increasing eyesore for everyone in the area.”