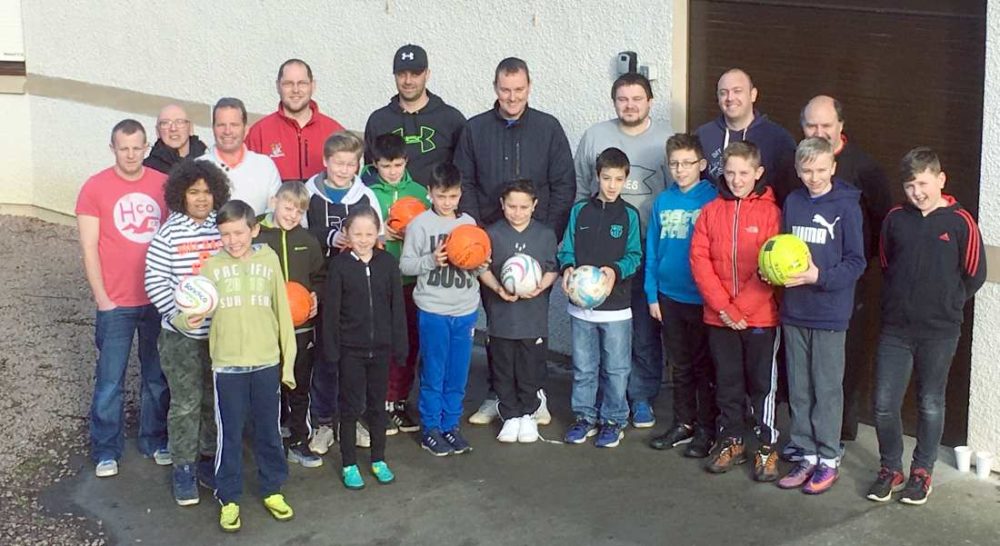 A MORAY COMMUNITY sport group has announced the young players who will be representing their club on a trip to Germany in the summer.

Forres Area Soccer 7s was overwhelmed with the number of young people who put their name forward to visit Vienenburg, Forres’  twin town – but this week the lucky 16 squad members were revealed.

Shaun Moat, chairman of the club, said it was not an easy decision: “It took a long time to decide who the final 16 young players were going to be, it was no easy task, but we got there in the end.

“We had over 30 kids put their name forward which is fantastic that there was such enthusiasm, but it didn’t make it easy for those having to decide.”

The young players aged between seven and 13 years old will visit Vienenburg for a seven day trip starting on July 31. They will play in competitive matches and visit the town’s school, attending some classes and will learn about the culture.

Now, the focus will be on fundraising for the trip which is expected to cost in the region of £8000.

Shaun said: “We have already had one very successful event which raised £1100 but we need to get going with more events. We have some things in the pipeline and we are encouraging the young people going and their families to take an active role in raising money too.

“There are still opportunities for elements of the trip to be sponsored and we have packages from as little as a £100 for businesses which will give them media exposure and publicity.

“We are also embarking on a series of team building and ‘getting to know you’ sessions so that everyone feels comfortable when the trip finally comes round. We have only just announced the kids but already we have parents coming forward to host German food nights and offering to teach the youngsters and some of the adults some basic German.

“The trip itself is going to be fantastic, but actually what is already becoming evident is that the team work that will go on to get us ready for the trip will be an invaluable experience too.”

Heather Hatch, mum of 11-year-old Neo who will heading to Germany, added: “Neo was so excited when he heard the news he was going to Vienenburg, that he started jumping up and down.

“He met the players who came across last year and he said he would love to go over and see what Germany is like. He will be studying German after the summer when he moves to Forres Academy so this is a great educational opportunity for him.  It’s also very heart-warming to see how generous local people and businesses have been.”

The young people going on the trip are:

If anyone wishes to help sponsor the trip or to find out more please email claire@forres-soccer7s.co.uk or call 07846 145050.