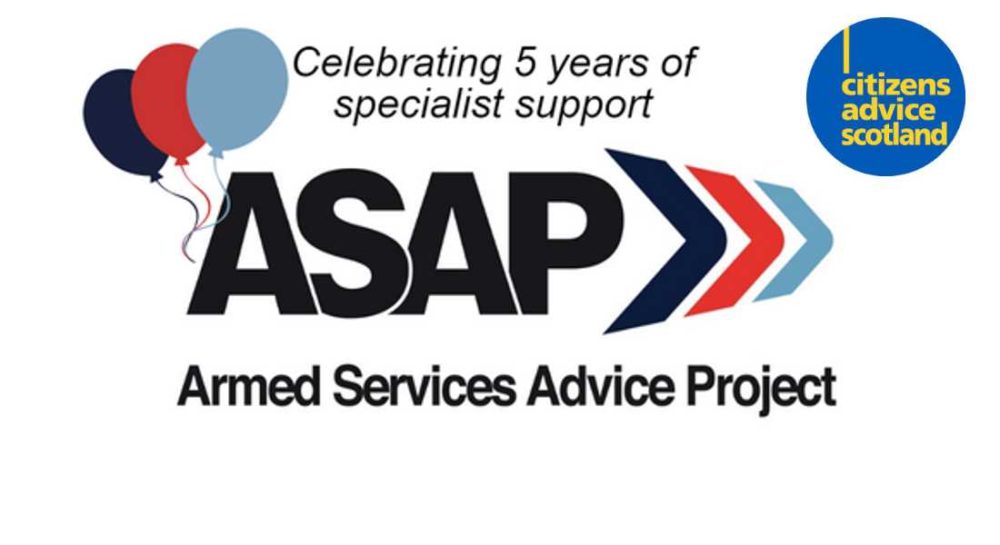 A SCOTTISH CHARITY that has been providing support and advice for the armed forces community has revealed that over 10,000 people have now sought their assistance.

The Armed Services Advice Project is of particular interest in Moray where the military past and present has played such a vital role in our social and economic development.

Thousands of ex-service personnel have remained in our communities after leaving the service – and some have sought assistance from the Project which has helped its clients secure over £8million since it was formed.

ASAP operates through Citizens Advice Scotland and provides specific free, confidential and impartial advice to the armed forces community – both serving and those who have left the services. They have provided free support with housing, employment, finance and health matters.

Claire Williams, who is the ASAP coordinator, said: “We are proud that ASAP has helped 10,000 military heroes throughout Scotland – that is an average of six people every working day whose lives have been changed by expert advice and one-to-one support.

“But we want to help even more – we know there are people in the armed forces community who are suffering all sorts of problems in silence. Our message to them is – we have helped 10,000 of your colleagues, now let us help you.”

Recognising that most former military personnel make the transition to civilian life without the need for any specialist support, Claire added that some still do need and deserve a bit of help.

She added: “They face the same kind of problems that civilians face – including issues such as unemployment, housing, debt and money worries. But their situation can be that bit more complicated because of their military background.

“Many have mental or physical problems and they are often unsure where to get the specialist help that they need.”

Any serving or former members of the armed forces who wish to discuss issues that trouble them can contact ASAP via 0808 800 1007 or visit them online.