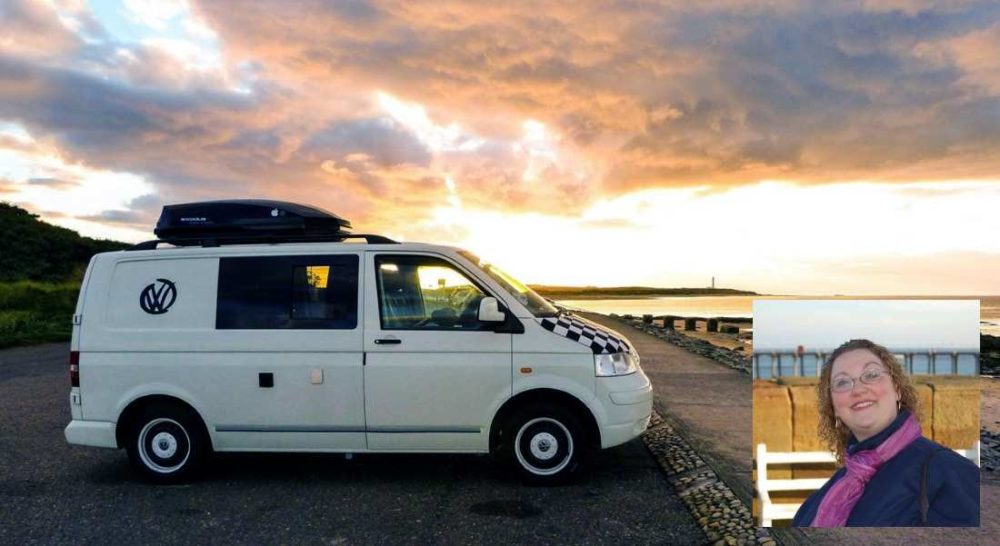 A VISITOR TO MORAY was so taken by the experience that she has included the region in her latest novel.

Sheree Smith is a successful self-published novelist who draws inspiration from many life experiences – and one of these was a nationwide tour in a camper van.

Sheree arrived in Moray with her partner and wandered down the road to Lossiemouth last September – and became the latest fan of the town’s West Beach, so much so that it features as part of her new work “A Way to Escape”.

She told insideMoray: “We just had to include Moray in the novel because the area was so beautiful, it is a wildlife haven that also offers the chance to view the Northern Lights.

“The last time we visited we managed to see the Aurora – that capped a superb time with the great walks along the lovely beaches, it is a fantastic place for anyone to visit.”

The mystery novel centres around Anna, who just three weeks before her wedding learns a secret her soon to be husband had been hiding. Needing to escape her old life, she embarks on a road trip of discovery to find herself again.

One of the areas she takes in is Lossiemouth, where one of the main characters had served with the RAF from where he completed two tours of duty in Afghanistan. One passage reads: “Anna was riddled with excitement by the time they reached Lossiemouth, Jake taking her hand as they strolled along the beach adjacent to the RAF base.

“They practice take off and landings here” Jake explained to her, Anna eager to learn. Within moments a loud rush of noise came from the skies over the sea, where two fighter jets whizzed by at a tremendous speed.

“Anna had never been so close to a jet, both of them circling overhead before dropping towards the runway just beyond the sand dunes.”

‘A Way to Escape’ is currently available via Amazon at £1.99 for the digital version.