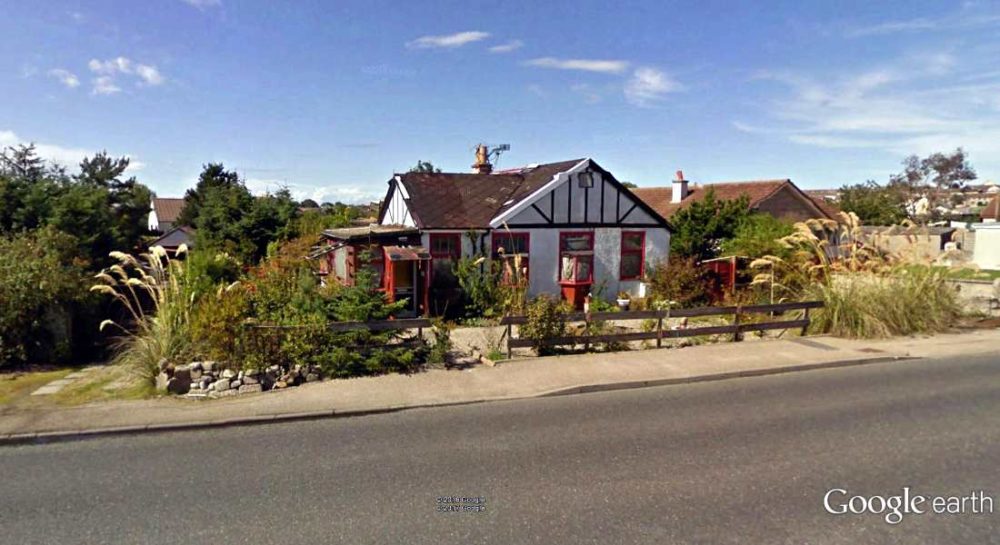 TRIBUTES ARE BEING made for the Lossiemouth pensioner who lost his life in a tragic fire at his home this week.

Police yesterday confirmed that the victim of the blaze on the Elgin road in the town on Wednesday was 88-year-old Kenneth Hall.

Mr Hall lived alone in the distinctive property that some had believed to be unoccupied – but neighbours paid tribute to a man they described as “an absolute gentleman”.

Confirming that Mr Hall was alone on the premises, Detective Inspector Norman Stevenson said: “My thoughts are obviously with Mr Hall’s family at this very sad and difficult time.

“Enquiries are continuing into the circumstances leading up to the incident, including a joint investigation involving Police and the Scottish Fire & Rescue Service. However early indications would suggest that there are no suspicious circumstances.

“I would like to thank the local community for their patience while emergency services attended this tragic incident. Your co-operation was much appreciated.”

Dozens took to insideMoray’s social media page to pay tribute to Mr Hall, with one describing him as a gentleman who was always doing something in his garden or repairs to his home: “That house meant a great deal to Mr Hall, he was always pottering around doing something – he remained a very independent man, very polite and even at his advanced age remained very active.”

Floral tributes from friends and neighbours were being left beside his burned out home last night.