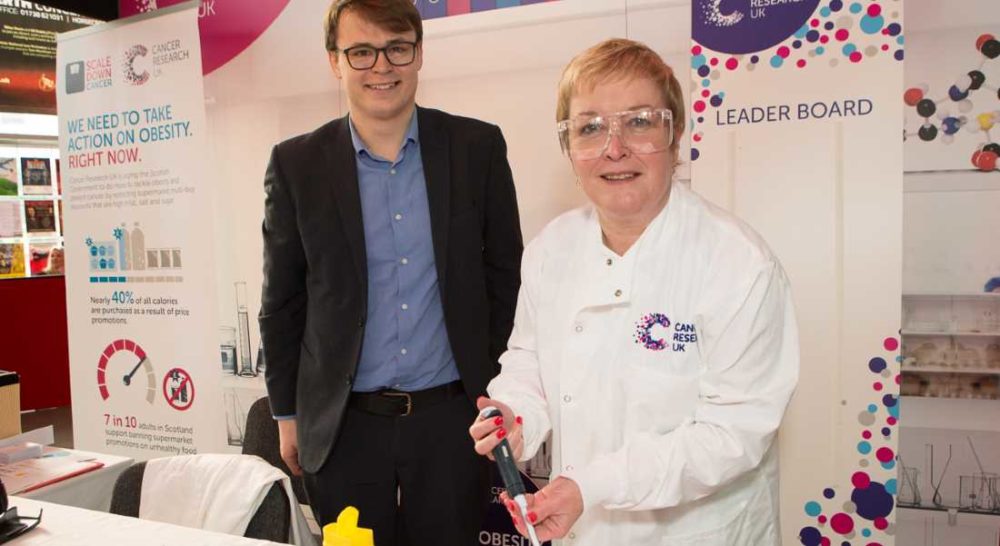 A CAMPAIGN LAUNCHED by Cancer Research UK is hoping to convince people that they can increase their prevention chances by losing weight.

The call comes on the back of research that indicates several cancers are obesity-related – and Scots, with one of the heaviest populations in Europe, is a greater risk.

Obesity is the single largest preventable cause of cancer after smoking – prompting the charity to say that action needs to be taken to tackle obesity.

Answering a call that politicians support their request for greater efforts to reduce obesity, regional MSP Rhoda Grant has joined the ‘Scale Down Cancer’ campaign.

Mrs Grant said: “Four in ten cancers are preventable, yet not enough of us know that obesity is the single biggest preventable cause of cancer after smoking. Given the devastating impact that cancer has on families in the Highlands and Islands, it is vital we take action on obesity.

“We mustn’t let obesity continue to be the new normal in Scotland, and that’s why I’m joining forces with Cancer Research UK and the Scale Down Cancer campaign.”

One course of action being suggested is that restrictions are placed on multi-buy discounts for foods that are high on sugar, fat and salt, the charity saying that should be at the heart of any Scottish Government strategy to improve diets.

More information on the campaign is available online.