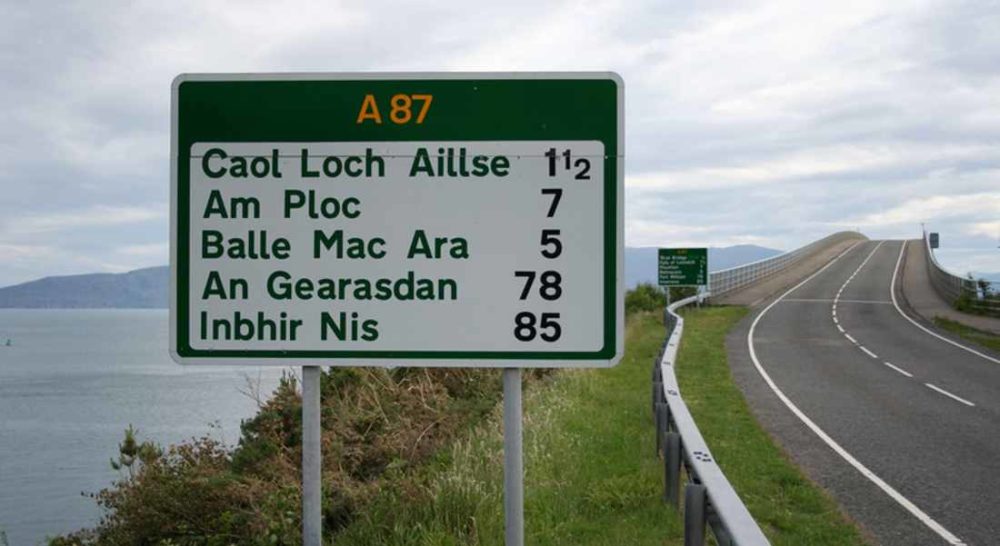 COUNCILLORS WERE LEFT stumped when they attempted to avoid paying out around £40,000 to implement a Gaelic plan for the region – but were told they could not legally do so.

At a meeting of the policy and resources committee on Tuesday, members were asked to approve a final version of the Gaelic plan for Moray before it was submitted to the Bòrd na Gàidhlig – established under the Gaelic Language Act to encourage the use and understanding of the language.

Councillors heard that a Gaelic plan previously agreed by the Council had been submitted to the Bòrd and subsequently returned with suggested amendments. It is estimated that the work required in implementing Gaelic in Moray schools and creating new dual-nationality road signage would cost the local authority at least £40,000.

However, Councillor George Alexander moved defiance of the Scottish Government Act that granted powers to Bòrd na Gàidhlig, an organisation with a £5.45million budget.

In one of the most passionate addresses seen in the Council chamber, Councillor Alexander said: “I find it extremely difficult to understand why we are going down a road where we kick off having to pay Bòrd na Gàidhlig £600 to translate this plan.

“According to the Internet, Bòrd na Gàidhlig had a budget of £5.45million and 23 employees. I would suspect that they could translate this plan in minutes and cost us nothing. I don’t understand why we have to spend £600 of the taxpayers money translating this plan.

“The other thing that puts a shiver down my spine is the thought of more road signs with Gaelic first and then English afterwards.

“I dread the thought of having to spend money on signs in Moray just because Bòrd na Gàidhlig says we have to. I know that they have the right to do so, but to me they are acting like a Gaelic Gestapo – I do not think it does the language any good to foist upon people in Moray something that they do not need.

“I’m all in favour of Gaelic being part of the education system but don’t see the point in it being used in our work in the Moray Council, we have to employ someone to answer the phone in Gaelic, I really think it is going over the top. I would like to know who it is who would go to jail if we decided not to follow what this Act orders us to do.”

Councillor Alexander moved that the local authority should hold back on implementing the plan, citing the costs involved and the region’s tenuous links with the Gaelic language – a move that was seconded by Councillor John Cowe.

However, following legal guidance, the committee chair Councillor Stewart Cree ruled that the motion was incompetent as it would bring the council in direct conflict with the duties imposed by an Act of Parliament.

Councillor Cree said that it was with “our hand firmly tied” that the committee had to approve the plan for submission to Bòrd na Gàidhlig.