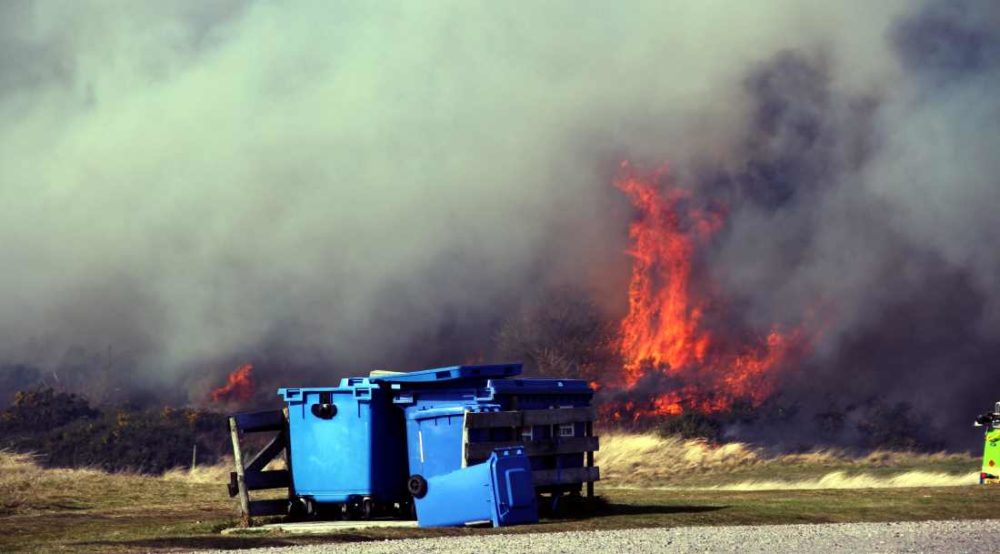 FIRE AND POLICE crews are currently attending a major blaze at Covesea just outside Lossiemouth.

The road between Lossiemouth and Hopeman has been closed at the blaze rages over a wide area just to the west of Covesea Lighthouse.

The alarm was raised at around 10.40am this morning – the fire quickly spread over a wide area and threatened the Aroma Cafe and Silver Sands Caravan Park – both were evacuated as additional police officers arrived from throughout Moray.

High winds fanned the flames for over an hour before rain arrived that it is hoped will aid the Fire and Rescue Service efforts at halting the blaze.

Thick black smoke can be seen from miles around as six fire crews battle the blaze – the public are being asked to take particular care in the area.

An eyewitness, John Watson, reported to insideMoray: “Watched fire from Moray golf course. Fire was well alight by 9.30am and spread as the morning progressed until the fire front appeared to be over half a mile wide and flames about 100ft.

“Large flames appeared to be very close to the lighthouse about 11.30 but by 12.30 the big flames had died down – but still burning over a wide area.”