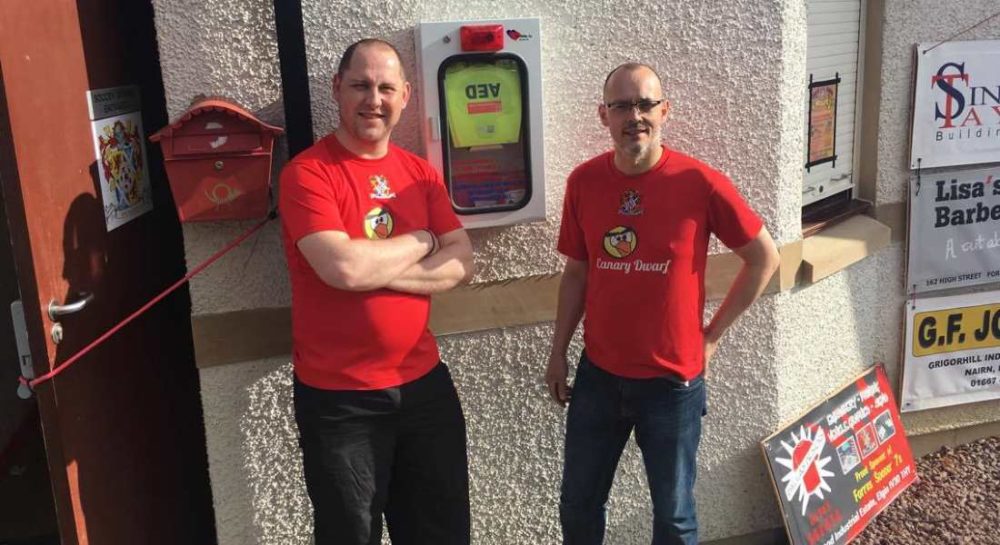 POTENTIALLY LIFE SAVING equipment previously reserved for use by a sports club is to be made available to the general public.

The number of defibrillators for public use is growing throughout the region – in particular since their ease of use and relatively low cost has been highlighted through several campaigns.

Now the Forres Area Soccer 7s has made one of the life-saving machines generally available after relocating it outside their premises.

Public access defibrillators can be found all over Scotland and are vital pieces of equipment in the crucial early minutes following a cardiac arrest before an ambulance arrives.
Shaun Moat, chairman of the Forres Area Soccer 7s said: “When someone experiences a cardiac arrest their life is in immediate danger, which is why public defibrillators are so important.

“We have had the defibrillator at the club for three years, but after a campaign from the Scottish Ambulance Service to make more defibrillators available to the public we took the decision to move it outside the building – it can now be accessed 24/7 by anyone who needs it.”

The machine will be placed at their pavilion in Grant Park with Mr Moat saying that it could mean the difference between life and death – so it was important that people know exactly where to find it.

He added: “We have also registered ours with the Scottish Ambulance service, so if someone in Forres calls 999 the call handlers may then direct members of the public to a defibrillator when somebody experiences a cardiac arrest and talk them through what action to take and how to use it.”