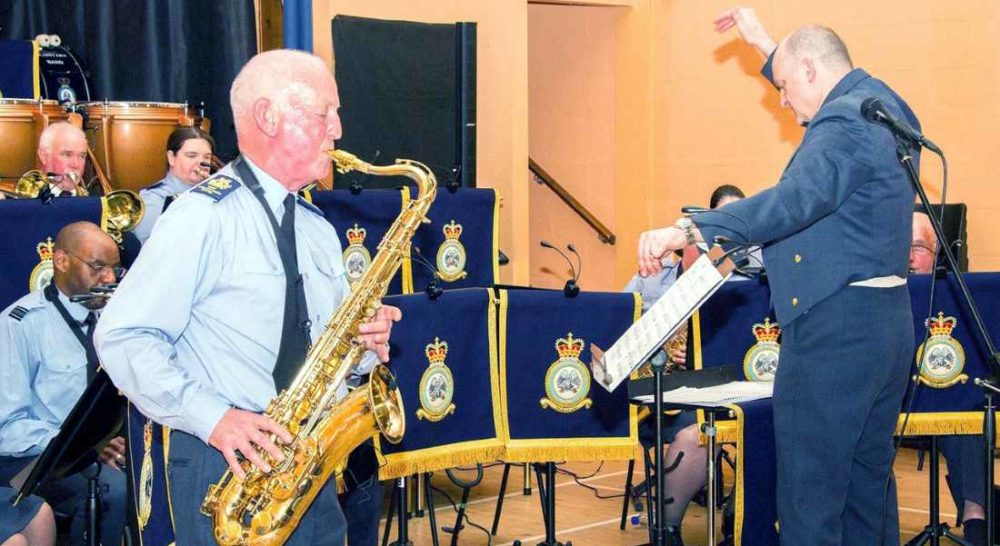 EFFORTS TO TRANSFORM the building and grounds of a landmark Moray church received a massive double-boost at the weekend.

Dyke Parish Church embarked on an ambitious project last summer that it is hoped will transform the church and grounds, with the primary aim of creating easier access through a disability-friendly pathway.

Other improvements will be made to the church hall, toilets and kitchen – all aimed at making the building more useful and attractive for general community use as well as regular church activities.

On Friday the highly acclaimed RAF Lossiemouth Voluntary Band played to large audience in the hall, helping to raise much needed funds. Then the following day members of the congregation travelled to Rothes where they presented their case for a share of the latest ‘Money for Moray’ funding – and that was successful to the tune of £4000.

A series of community engagements have already netted almost £4000 and that opened the way for applications to outside funding bodies – the first of these being the Money for Moray bid. The Kirk was selected as one of 18 finalists from 58 applications for a share of £40,000 – and with the support of several members of the community the Dyke Church project emerged with nine others to share the funding.

Many of the 150 voting audience at Rothes were won over by Dyke’s memorable skit – starring Judith Sutherland was the distressed wheelchair-bound granny venting her woes about not being able to get in to Church see her grandchild’s wedding.

The sudden appearance at the end of musical theatre student Rebecca Rodgers dressed as the Fairy Godmother was the magical touch needed to secure the popular vote meaning that Dyke was one of the first successful candidates to be announced.

Looking back on Friday’s concert Judith Sutherland said: “It was absolutely fabulous – two delighted gentlemen described it to me ‘real quality’, and another said that it was the best night he’d ever had at Dyke Hall, demanding to know when they are being invited back.”

Band leader Jim Gray said that his band had thoroughly enjoyed performing to such an appreciative audience and would be happy to return – an event that judging by all the acclaim is far from out of the question!

The Kirk’s next event brings a group from the Highlands to Dyke. The renowned Highland Male Voice Gospel Choir will be singing in Dyke Church on Friday May 5.

The Project also has a Just Giving page.