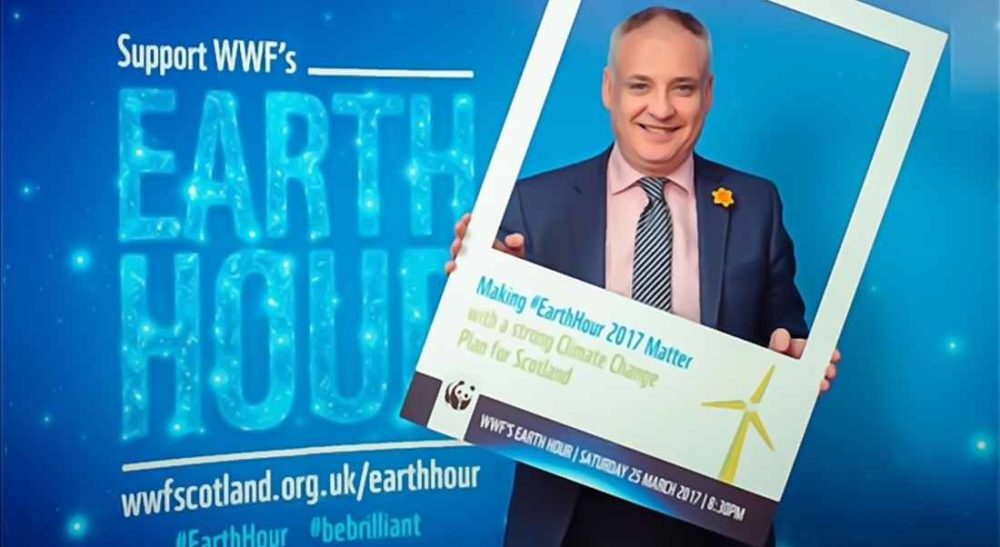 A STRONG CLIMATE change plan for Scotland is the primary aim for WWF’s ‘Earth Hour’ which is being marked on Saturday evening.

The annual world-wide switch-off event takes place at 8.30pm when homes, workplaces and iconic landmarks will be darkened for an hour – the world’s largest demonstration of support for climate change action.

Moray MSP Richard Lochhead is this week urging as many in the region as possible to join in the demonstration and show their support for the movement: “Earth Hour is a great way to highlight the future of our planet and is a reminder that each individual citizen can play a role in protecting our future.

“I would encourage families, businesses and other organisations across Moray to get involved and switch off the lights at 8.30pm on 25 March to give their support for action to tackle climate change and to show they care about the future of our planet.”

Lang Banks is the director of WWF in Scotland and is delighted that Earth Hour has once again captured the imagination of thousands in Scotland and millions around the world.

He said: “From church groups to classrooms full of children its important decision makers, politicians and business leaders are left in no doubt people care about the impacts of climate change and want action.

“With the Scottish Parliament currently considering a draft Climate Change Plan, it’s great to see so many MSPs signalling their support for strong action to cut climate emissions. The enthusiasm of the public and politicians should give the Scottish Government the confidence to push on to a low-carbon economy.”