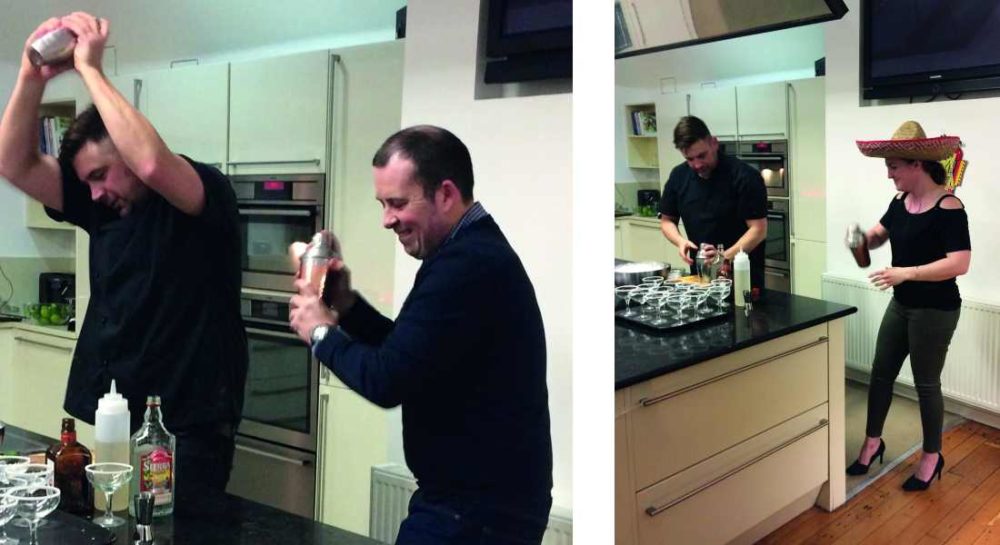 THERE MAY BE some way to go yet before Moray’s plans for a new state of the art sports centre is fully funded – but local efforts did manage to take it £700 closer this week!

Kathryn Evans, the CEO of Moray Sports Centre, revealed they are a little bit closer to their £12million goal after newly appointed Moray Sports Foundation fundraiser Gill Evans got to work.

She kick-started the year with a spicy Tex-Mex cookery demonstration at the Oakwood Cookery School in Elgin with the help of local Chef, Grantis Gee. With salsa, sour cream and guacamole, Gee whipped up a fiery mix of quesadillas, Mexican salads and nachos with sweet pulled pork in a fiesta of fun and frivolity to raise funds and awareness for Moray Sports Foundation.

Gill said: “The night was a great success and of course, Grantis was brilliant. He encouraged the audience to help him with each of the recipes we shook up a few margaritas too, which were the perfect accompaniment.”

The £700 raised for the event would cover a Level Two Sports Coaching Qualification or even a spin bike.

Gill continued: “To have raised £700 in one event is amazing. The evening wouldn’t have been possible without the generosity of local businesses and individuals in Moray.

“The Tex-Mex fundraiser was the first of many events that we will be organising this year to help reach the £12m goal for the Sports Centre. Watch this space!”

Elaine Sutherland, Director of Riverside Kitchens, supported the charity by donating the food for the Tex-Mex feast while Vicky Farquar, Manager of Oakwood Cookery School offered the venue and of course Chef Grantis Gee shared his culinary expertise and time.

The Council is due to reach a planning decision for the new centre in the coming months. All going smoothly, Morrison’s are set to start construction of the £12m project as early as July this year.