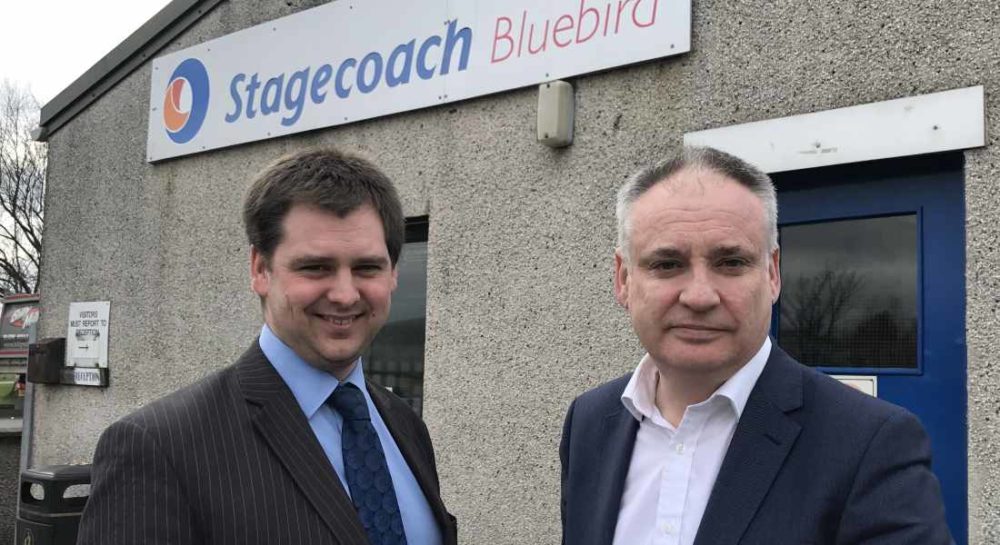 NEW HOPE IS being offered to bus users in Findhorn and Kinloss following a recent meeting between Moray’s SNP MSP and Stagecoach boss Mark Whitelocks.

Having previously indicated that there was little chance of Stagecoach relenting in their withdrawal of the 36 service linking the two communities with Forres and Elgin, Mr Whitelocks has now indicated that he is “actively exploring” and option with more details expected this week.

As things stand, the service will be withdrawn from May 8 – however, at a meeting on Friday the Moray MSP put pressure on the Stagecoach boss to rethink that plan. Mr Lochhead also made it clear that he was very concerned about what the withdrawal of the number 30 service in Elgin, which would mean for the residents at Larch Court who will be stranded should the proposals go ahead.

Speaking after Friday’s meeting the MSP said: “In recent weeks I’ve been inundated with emails and letters from constituents who will be affected by Stagecoach’s proposals to withdraw local bus services.

“I made it clear to the Managing Director that I absolutely share the concerns of my constituents and pressed him to look at every possible option before cutting these vital services.

“Mr Whitelocks indicated that he was now actively exploring an option to ensure Findhorn and Kinloss continue to benefit from a reasonable service which is welcome – and I will be receiving further details on this this week.

“In terms of other routes, clearly, where there is a social need for a bus service such as in the case of providing a service for those at Larch Court in Elgin, the Council has a role to play and it is astonishing that Moray Council is the only rural local authority north of the central belt that doesn’t subsidise bus services.

“I’ll be contacting the Council again in the coming days to urge them to look at what steps they can take to save these essential bus routes.”