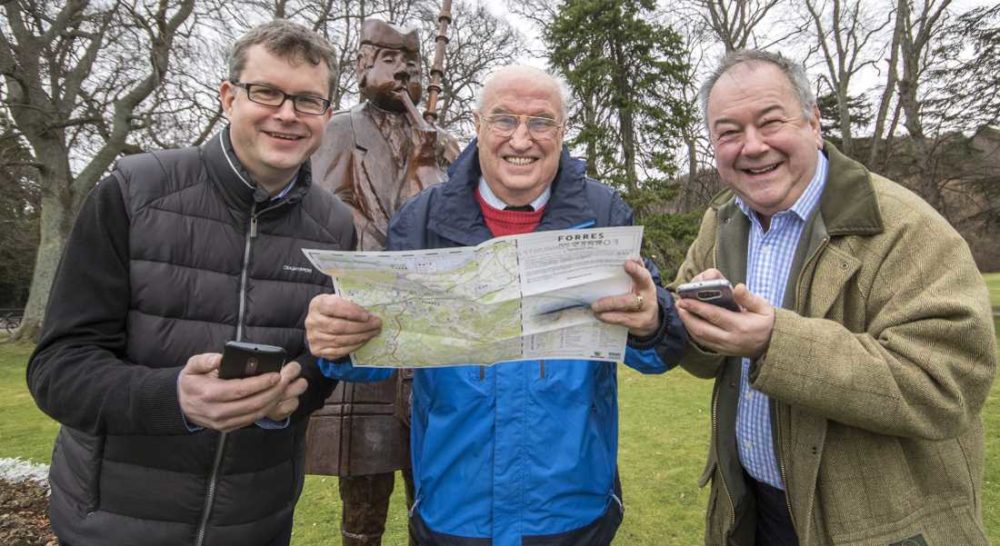 A MORAY TOWN is having its rich and colourful history depicted in its very own ‘walking app’ to help people step back in time.

Organisers of the European Pipe Band Championships, Piping at Forres, have commissioned the app to help people explore the heritage of the town and its people, and are seeking help from the public to come forward with fascinating facts and stories.

Piping At Forres will launch the app to coincide with this year’s event on June 24, when the population of the town doubles for the largest single-day ticketed event in Moray. The app will continue to be useful to locals and visitors after the event by leaving a resource available into the future.

Piping At Forres is celebrating the Year of History, Heritage and Archaeology 2017 and the app will fittingly feature some of the Forres’ standout landmarks, such as the tallest Pictish carved stone in the country, and many sites linked to King Macbeth, who ruled over the town in the 11th century.

Eddie Tomkinson, one of the directors of the event, said it will be a welcome addition to the day’s attractions. He said: “This new creation for Piping At Forres which is now in its fifth year is a wonderful addition and ties in beautifully with the Year of History, Heritage and Archaeology.

“Forres has a fascinating history which includes tales of witches and spies, tea and biscuits and of course many famous faces none more so than that of Macbeth.

“But what we are also looking for is for people to come to us with their own historic titbits about the town, they may be fact, fiction, legend or myth but they will all form part of the town’s tapestry and could end up being included as part of this walking app.

“The aim of the app is to get people, whether they are locals or visitors, moving around the town. Whilst the app is being created on behalf of Piping at Forres, it’s not just going to be available on one day, our intention is that it will keep delivering benefits for the town over time.”

Paul Johnson of Creative Impulse is helping to collate the information for the app, which is being created by Moray-based software company Openbrolly.

He explained why including the community in the creation of the app is very important: “This is a fantastic way to bring the history of Forres alive with a modern piece of technology. Forres has such a rich and vibrant history which features some fabulous people throughout the years and the intention is that this history will be brought alive through the app.

“It will be available to download for free and allow users to take themselves on a tour around our beautiful, historic town. However, it is important that we don’t just hit the history books, but also include stories from the public.”

The walking app will complement the Moray Walking Festival which takes place from June 16 to 25.

Diane Smith, project manager for the Festival said: “Piping at Forres and the Moray Walking Festival always coincide and this is a welcome addition. It will be perfect for people attending the Festival who also want to do their own tours or walks without a guide.”

Stories and information can be submitted to Paul Johnson at creative.impulse.123@gmail.com