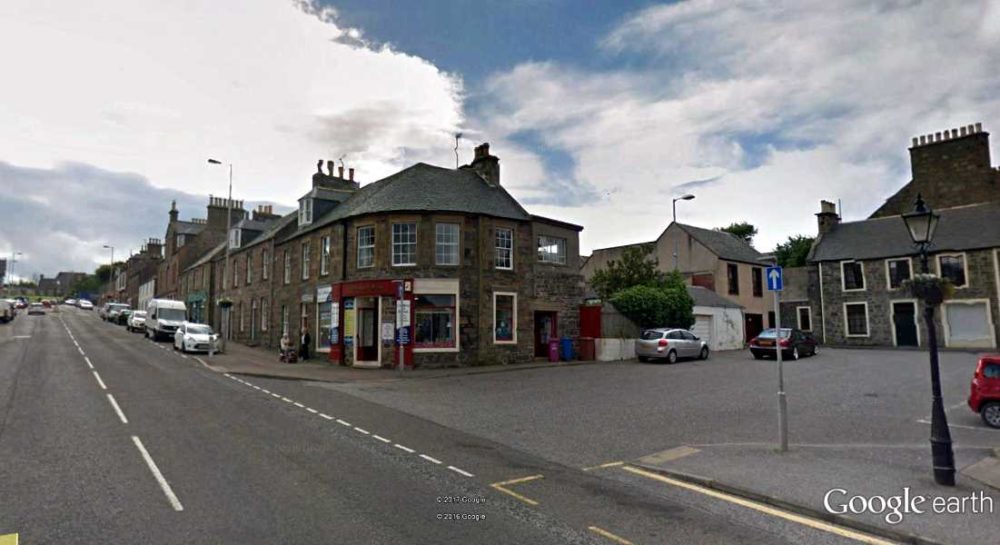 POLICE HAVE MADE one arrest after officers rushed to a Newsagents in Cullen this morning where a robbery was reported to be taking place.

They were alerted to the incident at the shop in The Square in Cullen at around 7.15am – a man was subsequently detained with the police investigation ongoing.

Detective Inspector Norman Stevenson said: “Resources were deployed immediately following reports of a robbery this morning and a man was detained shortly after nearby. He is currently assisting us with our inquiries.

“No one was injured during the incident – however, it would have obviously been unsettling for the shop worker involved and a small number of customers who were there at the time. A low two figure sum of money was handed over after a weapon was presented.”

DI Stevenson stressed the rare nature of such incidents in Moray and thanked the local community for their continued patience and support while they carried out their investigations in the area.

He added: “Anyone who was in the area at the time and thinks they have information which could help should contact Police on 101 or Crimestoppers on 0800 555111 if you would prefer to remain anonymous.”