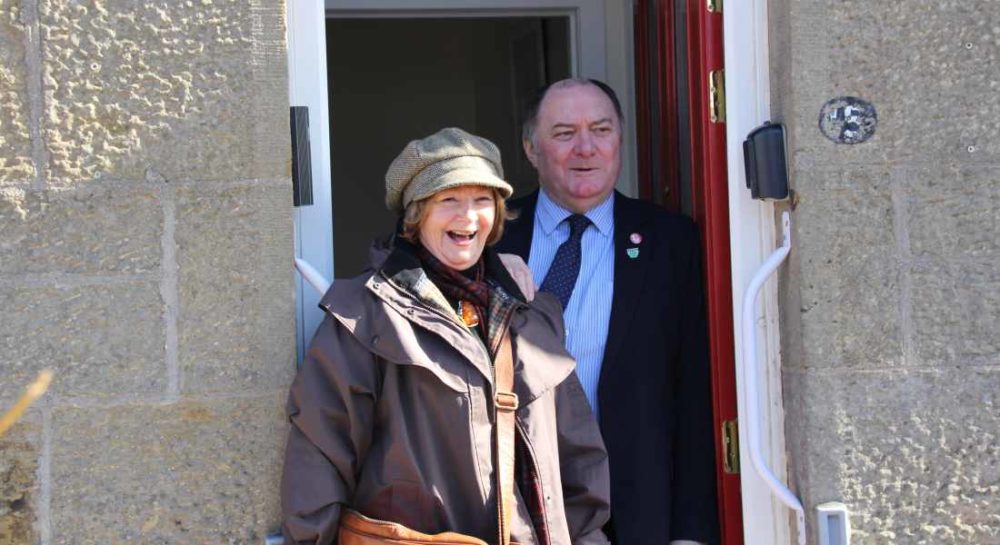 A NEW FACILITY in Moray that allows elderly patients to be discharged from hospital but still be cared for until they are ready to return to their own homes has been formally opened.

Jubilee Cottages on Victoria Road in Elgin were vacated after being badly hit by flooding 15 years ago – but have now been extensively renovated under the direction of the Moray Integration Joint Board.

The cottages will support older patients requiring intensive rehabilitation – freeing up hospital beds that they would otherwise have occupied. Allied Health Professionals in the region will be able to provide rehabilitation in a much more effective manner.

Lesley Attridge, the service manager for OT Intermediate Care told insideMoray: “The cottages have been held in trust since 2002 and this was about renovating them and utilising for a community service first and foremost.

“This is a high intensity rehabilitation unit, a core and cluster model where we can put everyone together and through existing resources delivery a rehabilitation package individually tailored for each person that comes in here.

“Sending patients home will always be the first priority but where that has not been possible they can come here and then later return home at a much more functioning level.

“We have rehabilitation throughout Moray but here we are able to deliver it at a high intensity where we have the resources to do it a bit more effectively. This is a pilot project for a year that will be under review and monitored as we go along.”

Attending the launch were members of the Moray Integration Joint Board, which governs the partnership of health and social care. The IJB has existed since April 2015, first as a ‘shadow’ group before taking up its full powers almost a year ago.

Patsy Gowans cited the IJB as a good example of cross-party working that she proclaimed as the future for the type of setup created at Jubilee Cottages. She said: “I’m very impressed – the last time I saw the cottages was perhaps winter 2015 and they were in a very sorry state. It was agreed the cottages had to be absolutely gutted and as we can see now that has happened – it is a good outcome.

“This is the new model of care that the IJB wishes to promote and invest in – because the first world war style of care is not where we want to end up ourselves!

“So, if you are in hospital and then you come here to recuperate, it is just like being on holiday, it is like a small holiday home and you would not be frightened so that will aid recovery as well. I think this is fantastic and should be promoted – hopefully this will stand as an example for the future.”

John Divers agreed that the IJB had proven itself already and was an example of cross-party working in Moray that bode well for the future.

He said: “I first saw the cottages after the floods in 2002 and it was just a total disaster – then we saw it two years ago, everything had been removed but it still needed a total renovation. I have to say that everyone who has worked on this project should be commended on the outcome.

“I’m sure that this is being looked at by other regions throughout Scotland in how we can use older properties to help keep people out of hospital and prepare them for going home.”