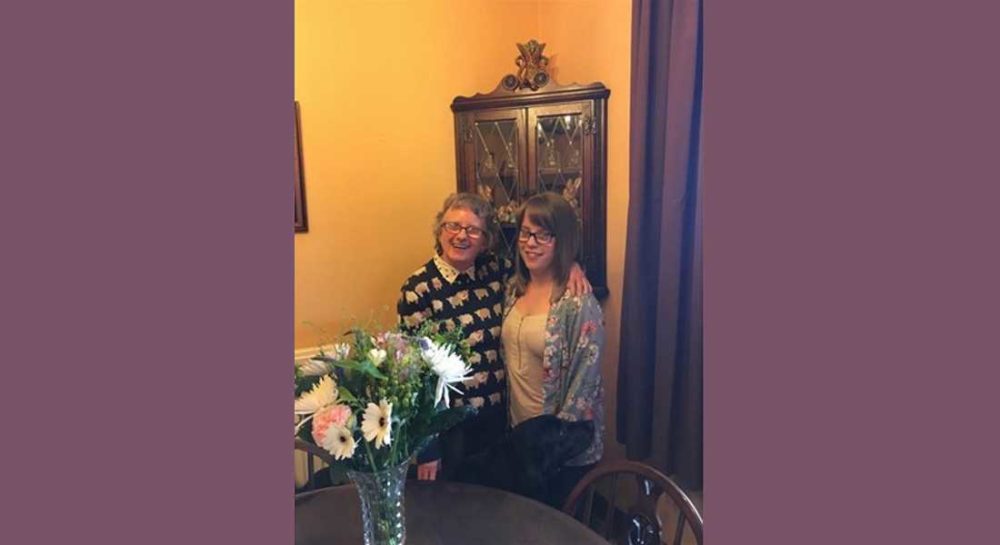 A FUNDRAISING CAMPAIGN has been sparked from witnessing at close quarters the work of Marie Curie by a young Moray woman who acted as an interpreter for her parents when communicating with nursing staff.

Rosemary Mitchell, from Elgin, launched her campaign last year – and has already raised over £1200 of her £2000 target – and now aims to complete her first 10k run in the ‘Run Garioch’ event on March 26.

She has a very special reason to take part, her mother having passed away last year – but Rosemary saw first-hand the fantastic care she received from Marie Curie and pledged to do all she could to help the charity.

Rosemary told insideMoray: “As my mum was deafblind and my dad is deaf, the Marie Curie team couldn’t communicate independently with them and vice-versa. They were reliant on either myself or my sister being there to aid communication.

“This meant that neither of my parents were able to have a private discussion with the nursing team. The staff were very keen to learn British Sign Language (BSL) and asked how they could go about this.

“That got me thinking, as there currently are no courses available that meet their needs. They would require specific vocabulary pertaining to their work which they wouldn’t get on a standard course, as it has to follow a set curriculum.

“I have been in touch with Deaf Action, a charity who provide services for deaf people across Scotland. They are experienced in delivering training and are in the process of developing a course for the Marie Curie nurses. It is hoped this will take place around the end of March.”

The funds being raised by Rosemary through her Just Giving page and through sponsorship for her efforts at Run Garioch will go towards funding a bespoke BSL and Deaf Awareness Course in Moray.

Support has already been offered to Rosemary who is expecting to meet with Richard Lochhead MSP and Angus Robertson MP this week.

Anyone in Moray wishing to express their support can do so through the Just Giving Page (link above) or by visiting Rosemary’s campaign page on Facebook.