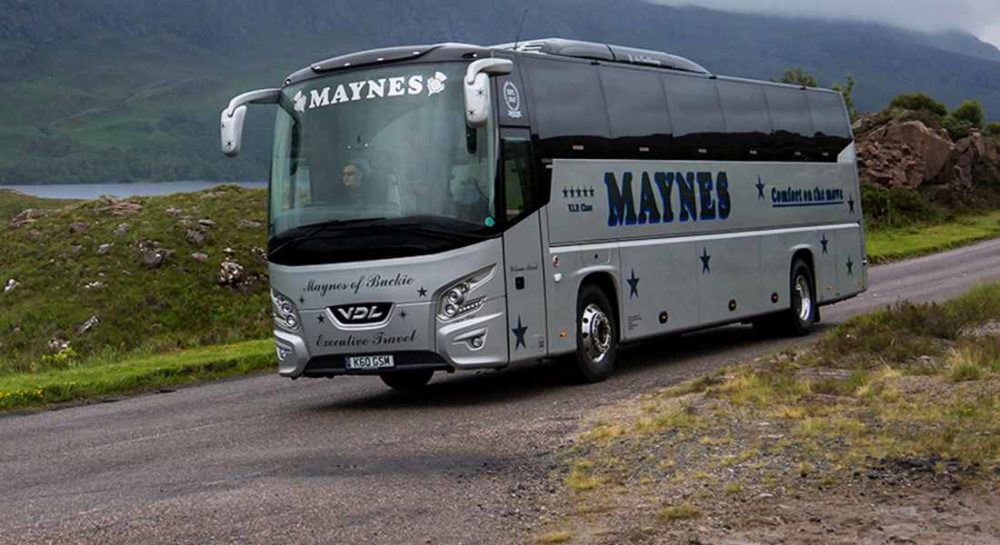 A MORAY COACH COMPANY is set to celebrate its 70th anniversary by holding a public open day.

Buckie-based Maynes Coaches say that planning for the celebration even on May 7 is now well under way, with dozens of stall holders already signed up to accompany around 40 vintage vehicles.

Maynes first launched in 1947 with the distinctive coaches now a common sight working throughout the UK and Europe.

A spokesman said: “Among the 25 stall holders signed up for our celebratory open day are a variety of food vans and Fochabers Ice Cream, bouncy slides and fairground rides.

“We also have over 40 vehicles attending including a selection of vintages busses, Lorries, steam engine’s, modern commercial vehicles and even our local emergency vehicles. These are coming to Buckie from as far from the Scottish Borders – and some date as far back as the early 1900’s.

“Along with support from suppliers and manufactures who are bringing a selection of new vehicles to display alongside the vintage ones, we will of course have a selection of our own vehicles as well as executive wedding car hire which will also be there on the day.”

Any profits from the open day will go to Maynes chosen charity for the event – Alzheimer’s Scotland, with a raffle also being organised with donations being sought.

It is hoped that the last open day crowd of 1200 people will be surpassed this year, the spokesman adding: “This time we hope to make it very successful and to show our local community, customers and suppliers our depot and vehicles and also to raise as much as possible for our chosen charity.”