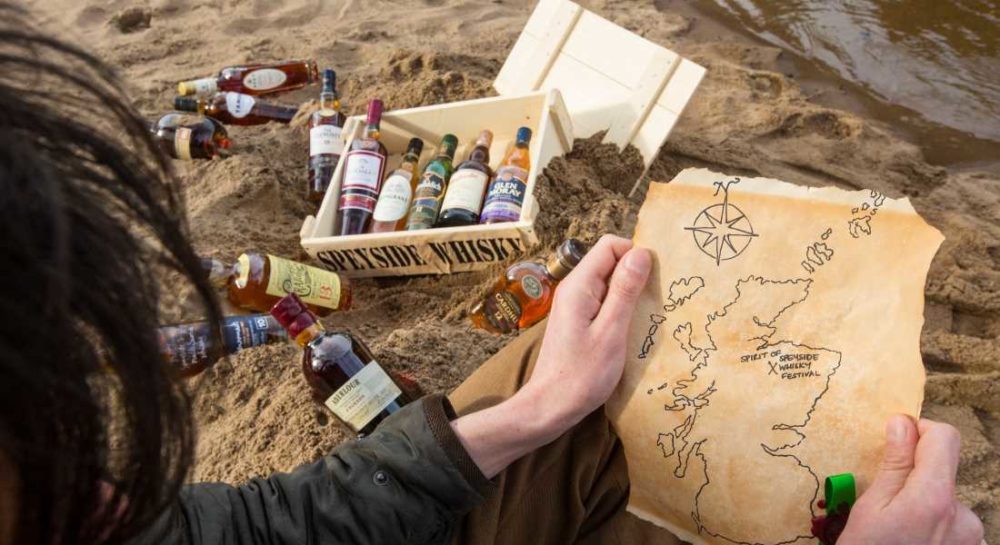 WHISKY DRINKERS FROM three major cities around the world will be playing a crucial role in judging the awards at the Spirit of Speyside this year.

‘Roving’ judging sessions are to take place in Amsterdam, New Brunswick and Cologne to help inform judges for the hotly-contested annual awards that form a vital part of the Festival.

It is also hoped that the new initiative will help to introduce even more international visitors to the five-day annual event – which comprises almost 500 different events from distillery tours to tastings – and encourage them to plan a visit in future years.

Overseas markets are a key area of growth for the Festival, which takes place this year from April 27 until May 1. The USA, Germany and Scandinavia have traditionally been very strong for visitor numbers, and organisers are keen to expand knowledge of the event in these regions.

The event set new records in the first 24 hours of the box office opening last month: tickets were bought from a total of 24 different countries on the first day, and more event tickets than ever before were sold.

Spirit of Speyside Whisky Festival chairman James Campbell says the international arm of the whisky awards has the potential to grow to even more destinations in future.
He explained: “We trialled this on a very small scale last year when we held a tasting and judging event at Scotia Spirit in Cologne – a Scottish speciality shop run by long-standing friend of the Festival, Peter Klas.

“It was very warmly received and it made us realise there was potential to take the awards judging to even more international destinations. It provides us with an excellent platform to promote the Festival to the whisky enthusiasts who are most likely to want to travel significant distances to be a part of it.

“It may be too late for them to make travel plans for this year’s event, but we hope that it will encourage them to put a visit to the Festival on their holiday plans in future years.

“The popularity of Scotch whisky is growing globally, and so too is the reputation of the Speyside area which is home to more than half of all Scotland’s distilleries.

“What we are finding is that people outside of Scotland are very passionate about whisky – and they want to increase their knowledge about Scotch. To the real aficionados, making a visit to Speyside is making a pilgrimage and they feel there is no better time to do this than during the Spirit of Speyside Whisky Festival.”

During the overseas judging sessions, whisky fans will be invited to take part in a blind taste test of eight different malts in four different age categories. The finalists – drawn from across the Speyside region – were selected by a panel of industry experts following a blind taste test earlier this year.

The event in New Brunswick takes place at the end of March and will be hosted by Frank and Jackie Scott – previous winners of the Spirit of Speyside Whisky Festival International Ambassador Award.

The whisky enthusiasts are long-time attendees of the event and make the journey to Scotland every year to take part.

Frank says: “Jackie and I are delighted, excited and truly humbled to be asked to host an awards judging session. To be given the opportunity to represent Canada for the first time is a great honour, and we look forward to working together to make the event a great success.

“This is a wonderful opportunity to showcase the best whisky festival in the world, and we hope that by experiencing the warmth and hospitality of the Festival on their own doorstep, many more Canadians will consider visiting and seeing for themselves just what it is that makes the Spirit of Speyside Whisky Festival so special.”

More information about the Spirit of Speyside is available online where tickets can also be purchased for individual events.