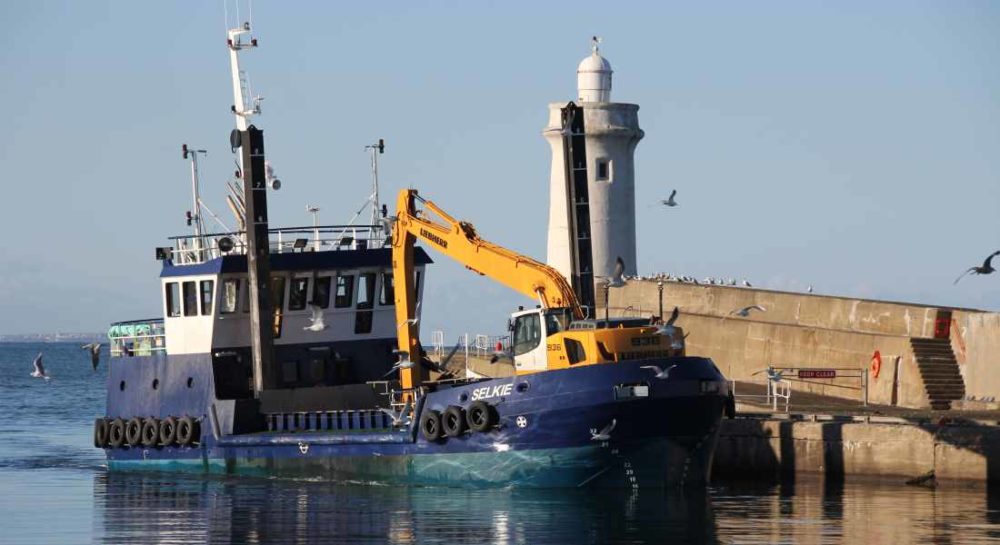 COUNCILLORS HAVE LEARNED that the only local authority owned Dredger in Scotland has finally been undertaking contract work for another council.

One of the platforms in financing the £2.5million Buckie-based vessel ‘Selkie’ was that it would bring money in to the local authority by being contracted out – however, this is the first time since her launch last year that has actually happened.

Selkie has been working at Macduff and Banff harbours over the last week – with council officials confirming that the vessel was also in the advanced stages of further external contract works.

However, local SNP councillor Gordon McDonald warned that it would be some years before the dredger managed to recoup its initial cost – and in any case insisted that Moray’s harbours always had to take priority.

A Council spokesman said: “We have undertaken a trial dredging at Aberdeenshire’s Whitehills Marina and discussions are ongoing for other ports and harbours. Some of these are at an advanced stage and, as such, are commercially sensitive.”

Councillor McDonald warned: “The theory was always that [the Selkie] would go outside of Moray and get these extra contracts – it is nice to see it being put into practice. It has been a while since Macduff was dredged – it’s been there a few days.

“I know that the council has been in talks with all of the coastal council to secure work for it, but Moray must still take preference – it has been long enough since they were dredged and recreational harbours are now a money-maker for the council.”