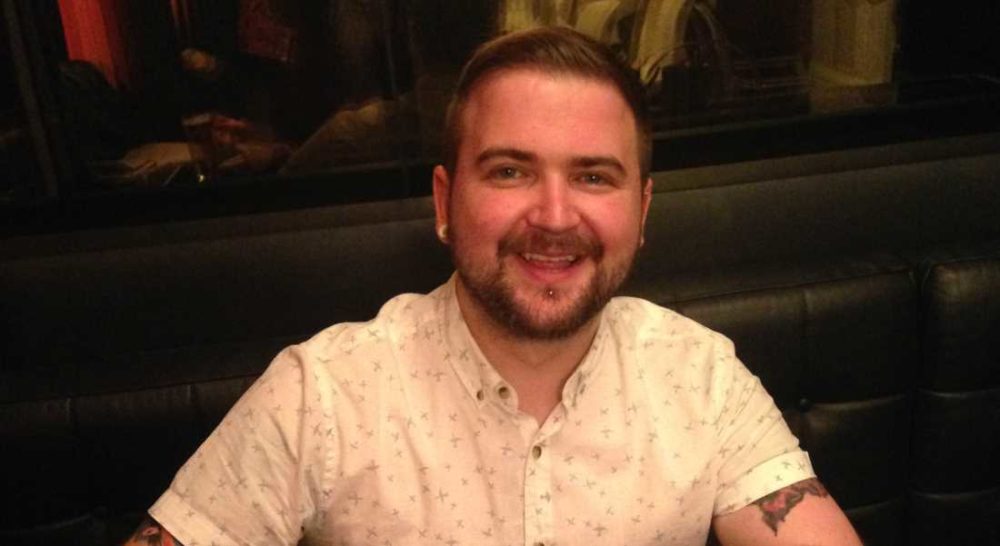 FOR THOSE WITH a love of Moray and Speyside’s most famous product it is simply the best voluntary role available – judging the best events at the Spirit of Speyside!

The job for 2017 has gone to Sean Murphy, the author of ‘Scotsman Food and Drink’ and a man driven by a very real passion for Whisky.

Sean has been appointed as judge in the Best New Event competition at the Spirit of Speyside Whisky Festival – a role that will see him visit five brand new events to the Festival programme and determine which one whets his appetite.

It’s a position that Sean, who is based in Glasgow, was only too happy to accept after making his inaugural visit to the Festival last year. During his five days at the event, he was amazed at just how much could be crammed into one visit and the range of activities on offer.

Sean says he has become the envy of colleagues and friends since his appointment was announced, and he feels a little overwhelmed that such an important task has been placed in his hands.

He adds: “I’ve promised the people that I’ve spoken to about it that I’m there in an official capacity and not just to enjoy myself, although most of them don’t believe me when I say that. There’s some envy there, certainly!

“What I discovered last year is that the Festival itself is expansive. I don’t think I was prepared for how spread out it would be or that there would be so many events, but in the end I realised that was the beauty of it.

“The events were varied and never boring and it was amazing to meet so many people who were as massively passionate – if not more so – than I was about the subject.”

Five events have been shortlisted for the coveted Best New Event title and it seems that they have already proved a hit with this year’s revellers, as tickets have been in high demand.

The events Sean will attend as judge start with the ‘World of Duty Free Whiskies’ organised by the Whisky Shop in Dufftown. He will then move on to the Macallan Ghillie’s Tour and BBQ Lunch, before moving on to the Speyside Cooperage where four coopers will compete in a head-to-head battle to set a new world record for the fastest time to build a 190-litre barrel.

Next up will see Sean at the Glenlivet Smugglers’ ‘One Life Livet’ Tour, where experienced guides will take guests to historic sites not usually open to the public on foot and on eight-wheel drive argocat vehicles.

The final stop for Sean and his scorecards will be the Mortlach History and Whisky Walk organised by the Seven Stills historic inn and malt whisky bar. During the tour with a qualified guide, participants will walk just over a mile, enjoying drams of Mortlach along the way.

Sean believes that interaction is the key to a successful event, and is excited to see what organisers have been able to put together: “The mention of a Guinness World Record attempt caught my eye, I think that will be an exciting prospect.

“The Macallan Ghillie tour will also be very interesting. I’m intrigued to see a different side to the Spey and specifically the fishing that goes on there. The events look as varied and as enticing as last year and I can’t wait to attend them and see what the different teams come up with this year.

“Interaction is hugely important, either in the activity itself or giving people the chance to meet the producers and teams who work so tirelessly to create these stunning whiskies.

“A unique offering is also something I’m keen on. Getting the chance to experience something like the blackening event last year – an event that only a few people have been privileged enough to enjoy – is hugely important.

“Overall though, I think the ability to deliver something interesting and fun will be most important for me. Seeing people’s reaction will definitely effect my judgement on each of the events.”

More information about the events are available at www.spiritofspeyside.com and tickets are also available to buy on the website.