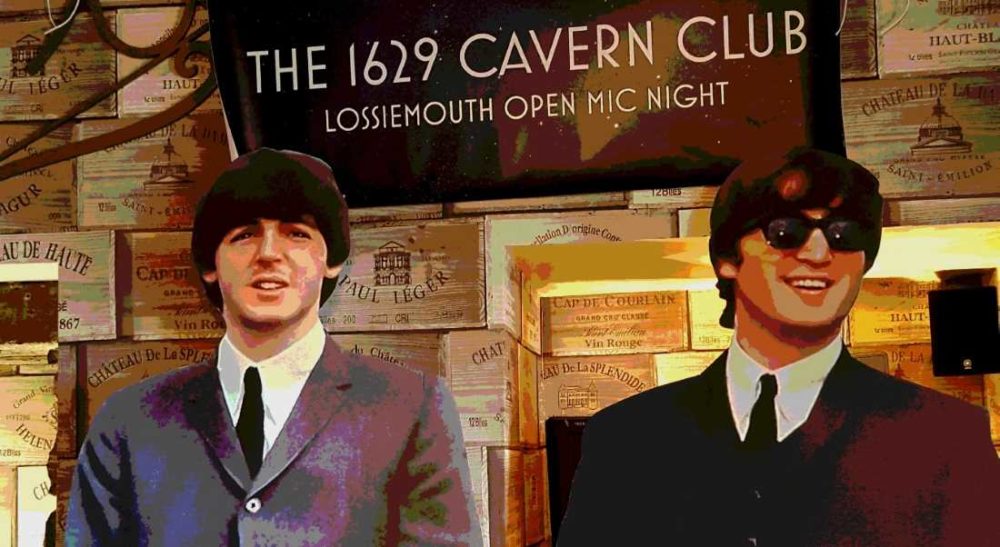 MORAY WILL HAVE its very own version of Liverpool’s famous Cavern Club for one night only this week.

The original world-famous club that gave birth to the Mersey Beat and the Beatles is long gone – but on Thursday (April 20) La Caverna in Lossiemouth will pay its own tribute to one of the world’s most influential venues in popular music history.

The stone-vaulted 17th century salt cellar will open its doors at 7.30pm for an evening of open mic entertainment, in which the audience and performers will be encouraged to dress in the style of the swinging sixties.

Acts will be asked to perform at least one tune from the Beatles repertoire – or any of the other world-renowned artistes who made the Cavern the place to be, from Cilla Black to Gerry Marsden and many, many more.

Event organiser Lesley Ann Parker said: “Could this be a Lossiemouth takeover of British pop?

“We would also encourage music promoters to come along and get a taste of what fabulous local talent Moray has to offer. We cannot promise recording contracts like the Beatles won in Liverpool, but we hope to provide a great networking experience for everyone involved. If anyone out there who has stars in their eyes and would like to perform on the night then please get in touch with me on 07887 846485 or e mail lesley@leap-scotland.com.”

A number of local musicians have already booked their slots, including local duo Frankie Ralph and Lewis Anderson of The Roov, together with Stewart McLeod, Ross Campbell and Aaron Christie of The Mode.

Elgin musician Max McPherson will host the evening and, in a special opening performance, will play alongside his brother Leo, drummer with the energetic rock band Estrella. The soulful singer/songwriter Chris Grant has promised an appearance as well as Danny Mortimer, Steve Cunningham, Scott Ramsay and fiddler Amber Thornley.

Striking this chord in local music history is venue owner David Guidi who will present each act invited to perform with a voucher for dining to be redeemed at the next Open Mic event. He will also judge the best dressed sixties style outfit and present the winner with a prize.

There is an open invitation extended to musicians to perform, entry is free and everyone is welcome to come and listen – although booking is recommended for dining,