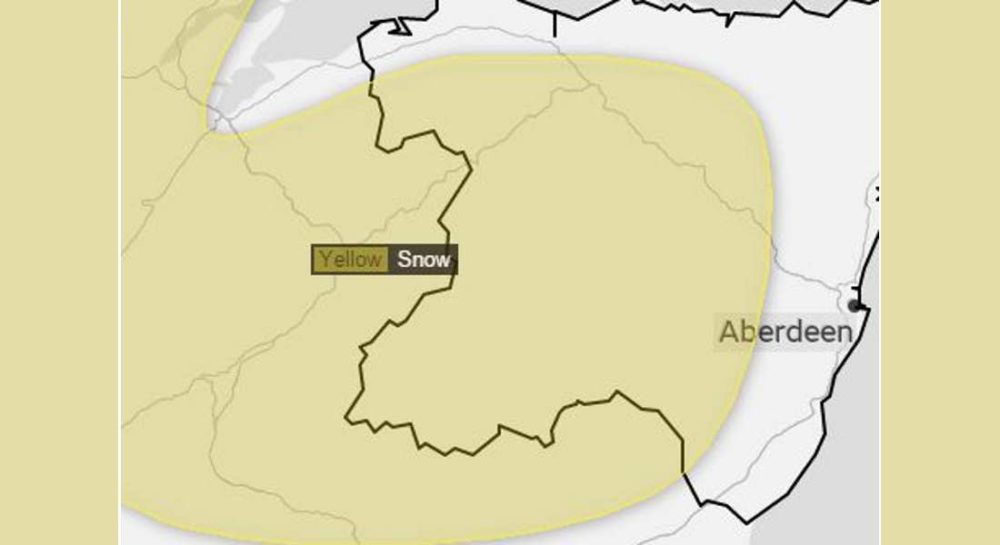 MORAY COULD BE hit by snow storms on Monday with the Met Office today issuing a Yellow Alert for almost the entire region.

In what has almost become a tradition for the north of Scotland, April looks set to bring some final snow flurries along with much colder conditions.

The warning covers the period from 4am tomorrow (Monday) until around 11am, with forecasters saying: “An area of sleet and snow will move southwards during Monday morning.

“Heavier snowfall is expected to affect higher level routes where 2-5cm of snow is likely to accumulate in places, whilst 1 to 2cm is possible to lower levels. Some transport routes may be affected, with journeys requiring longer travel times.

“During Monday morning, an area of more persistent sleet and snow is expected to move south across the northern half of Scotland, with some roads across the Highlands and Grampians likely to be affected by accumulating snow.”