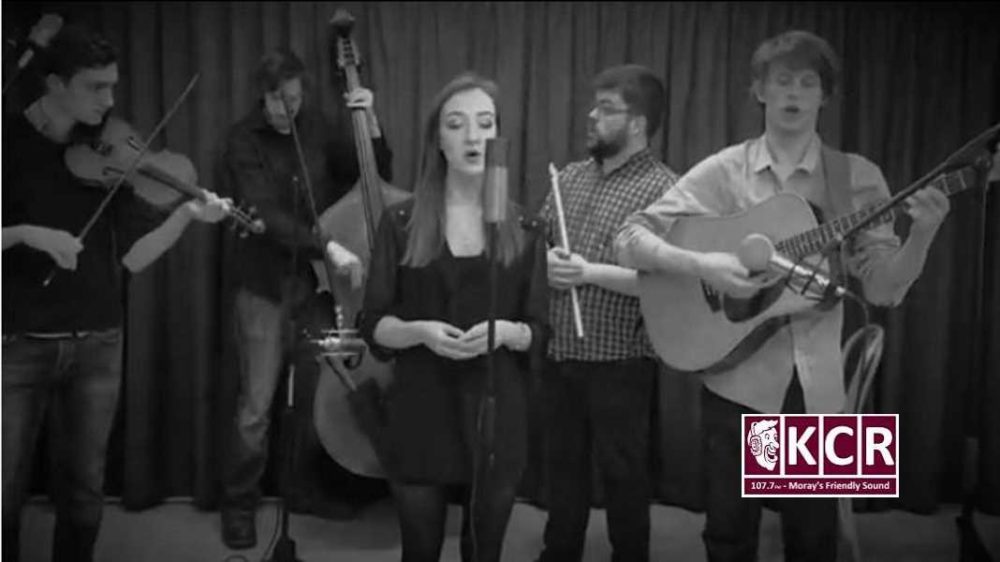 A NORTH EAST singer who has proven to be one of the most popular talents to feature on Moray’s Keith Community Radio (KCR) is over halfway to funding her first Album with the support of fans.

Iona Fyfe took to Crowdfunding in an effort to meet the initial £9200 costs of producing her first album – and with days left she has reached £5427.

The BBC Radio Scotland young traditional musician of the year finalist is being supported in her fundraising drive by KCR where Iona has featured on several shows – and recently recorded a ‘Music Box’ interview for the Moray station.

Chairman John Seivwright said “It’s tremendous that a local lass, just 18, is doing so well and is doing so much to keep the heritage of the North-East alive with bothy ballads, songs and music.

“We very much hope that Iona succeeds with her appeal – then we can invite her back into the studio to play songs from her album!”

KCR will be broadcasting regular updates on Iona’s progress – providing samples of her music on a regular basis to demonstrate the quality of her work. Online readers can connect to KCR via a player the insideMoray website.