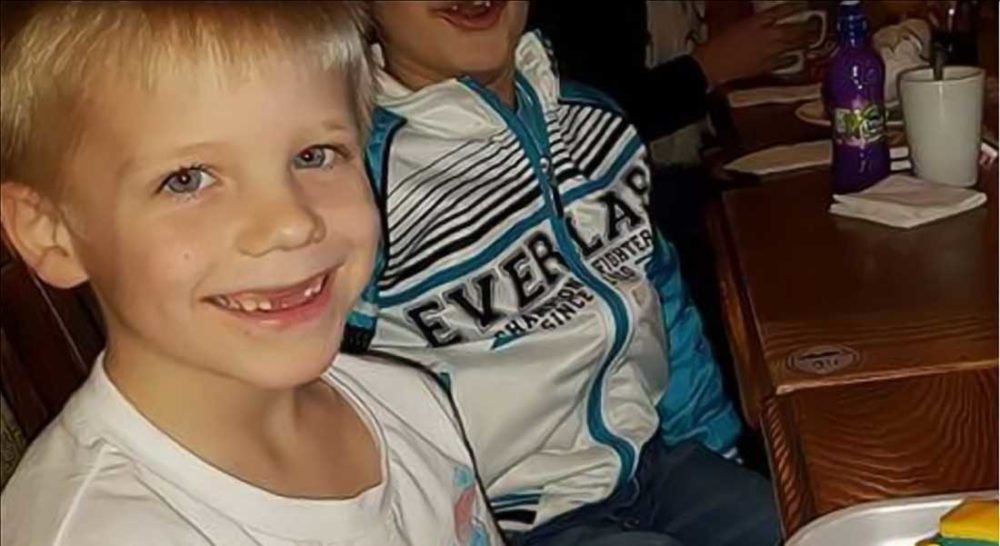 KIERAN MCQUILLAN HAD celebrated his seventh birthday just days before tragedy struck close to his Elgin home on Friday, it has emerged.

The youngster was killed when he was struck by a van close to a children’s playground on Brechin Rig at around 5.30pm on Friday evening.

A devastated local community paid tribute to the youngster over the weekend, many leaving floral tributes at the site of the accident. Hundreds have also reacted to a JustGiving Appeal hoping to raise funding to help Kieran’s family with funeral costs.

The appeal was launched by Marrie Quinn, a close friend of Kieran’s mum Mary since their school days. She wrote: “My best friend since school has lost her seven-year-old son who was tragically killed, six days after celebrating his seventh birthday.

“He was a very clever boy exceeding well in school. This has been very tragic – he leaves behind the best mother in the world and his two beautiful younger sisters aged three and one.

“Family and Friends – I feel this is absolutely the most terrible thing to have happened. I cringe having to create this page and ask for such support but it is genuinely required for such a loving mother who didn’t deserve to be holding a funeral for such a young boy.”

Police investigating the circumstances of the accident would like to hear from anyone who may have witnessed it and who they have not already spoken to, and ask that they contact them on the 101 number.