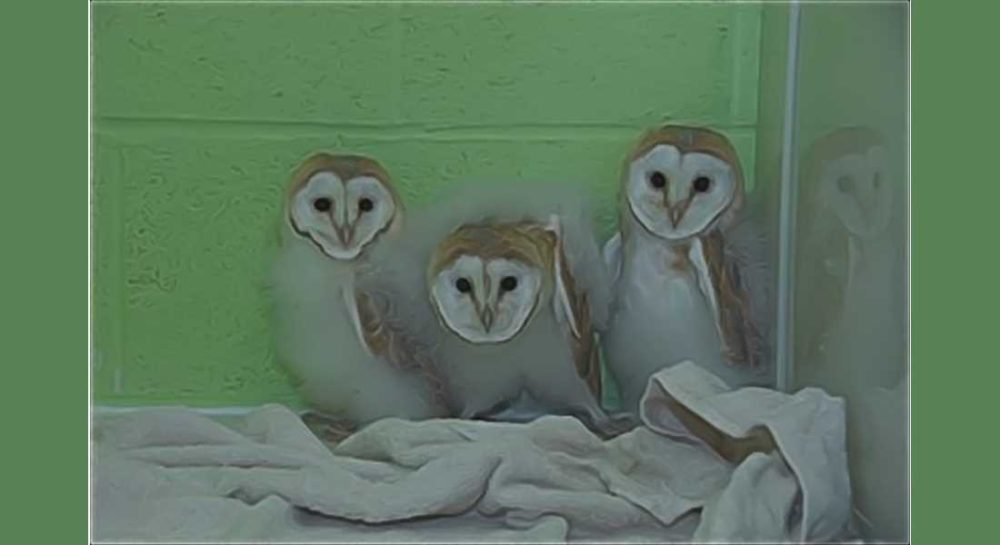 THREE BABY BARN OWLS who were rescued from the floor of an Elgin barn earlier this year are set to be released back into the wild.

Alvin, Simon and Theodore, named by their rescuers, were understood to have fallen from their nest at just a few weeks old and still unable to fly.

They were rescued by Scottish SPCA staff and taken to a wildlife centre in Clackmannanshire where they were reared by an expert team – now to the delight of all concerned they are flying and hunting for food themselves.

Manager of the Fishcross centre where the trio have been nursed to full health is Colin Seddon, who said: “When we first got the chicks they were not great flyers and certainly would not have survived on their own.

“They have been in our care since February and are now ready to be released back into the wild. The barn owls have been placed at a soft release site, meaning they have been housed in a barn with a meshed viewing area to the outside world.”

Located in an area that provides a suitable habitat for owls, they will be released from their temporary accommodation after two weeks.

Mr Seddon added: “We will continue to have food placed in and around the barn to help them adjust to catching their own food in the wild.”