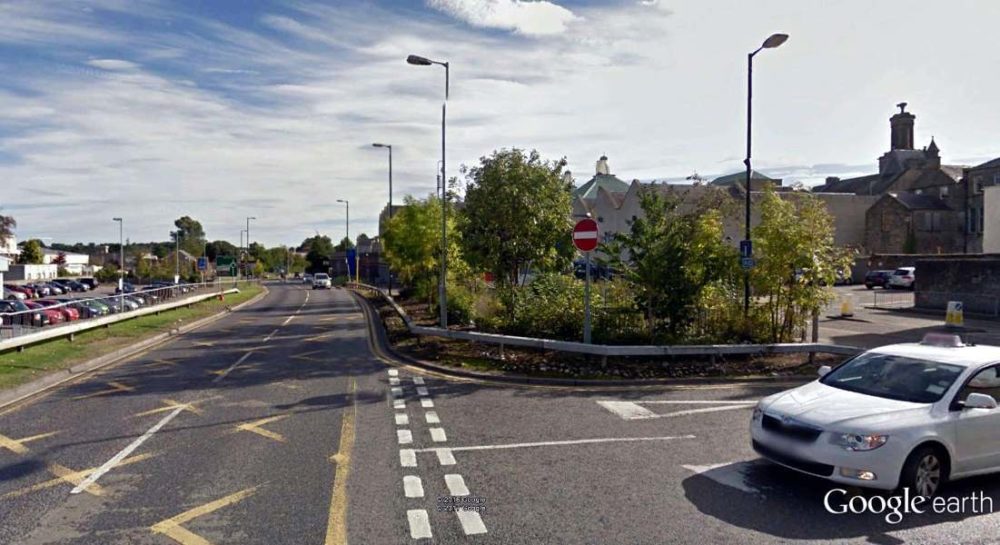 A MOTORCYCLIST ESCAPED serious injury when his bike was involved in a collision with a Taxi in the middle of Elgin on Friday.

Shocked bus passengers witnessed the incident at shortly before 5pm at the bus station entrance to the busy A96.

The motorcyclist was seen to sit up and did not appear to be badly hurt, according to witnesses, but it is understood he was taken to the nearby Dr Gray’s Hospital as a precaution.

One of the passengers on a bus waiting to leave the station told insideMoray: “It looked like the motorcycle was very badly damaged while the Avensis Taxi was left at an angle on the North Street junction.

“Fortunately the motorcyclist did not look too badly injured although he was clearly shocked – he was being treated by paramedics.”

Rush hour traffic on the road was delayed with long tailbacks – however, the road was cleared with traffic moving freely again within 20 minutes.