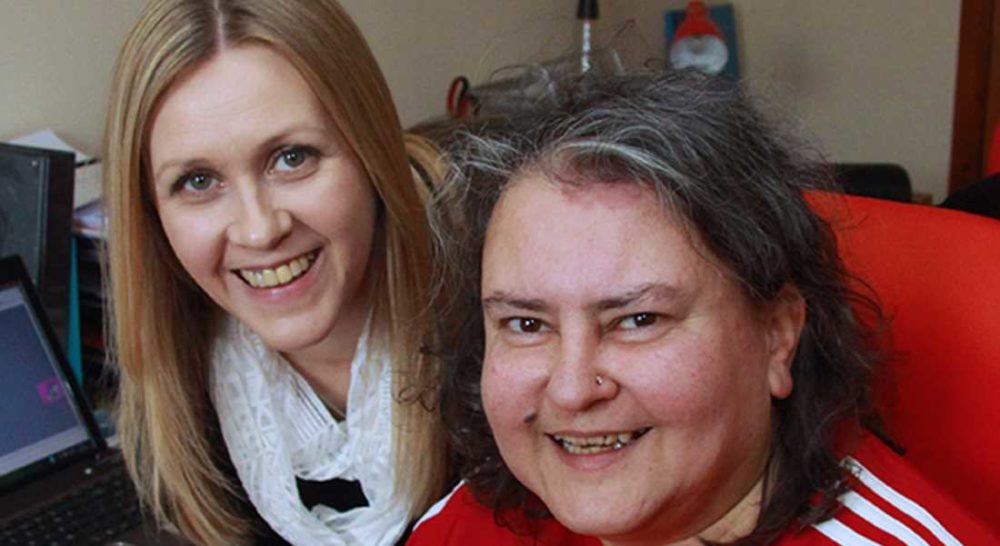 A MORAY MENTAL HEALTH NURSE is in line for national recognition after being named as a finalist in the ‘Patients Choice’ award at the RCNi Nurse Awards 2017.

Nadine MacArthur has been nominated in a category that allows members of the public to thank a nurse, midwife, health visitor, healthcare assistant or assistant practitioner “who has delivered exceptional care that has made a real difference to their or a loved one’s health”.

The eventual award winner will be chosen from a five-strong shortlist by a public vote, with Nadine learning the result ceremony in the Westminster Park Plaza hotel, London, on May 5.

Nadine was nominated by Jo Mullen, who says that the nurse made her feel empowered and independent after they met during Jo’s first admission to the psychiatric ward at Dr Gray’s Hospital in 2003.

Nadine was Jo’s named nurse at the time, and has been her community mental health nurse for the past three years. In that time, they have developed an innovative and collaborative approach to the therapeutic relationship between mental health nurse and patient.

Jo explained: “Although I had to give up paid employment due to my mental health problems, it has always been important for me to be engaged in purposeful activity.

“Nadine appreciates this, and encourages me to draw upon my skills and experience, as well as my knowledge of borderline personality disorder (BPD), which is my primary diagnosis. Two and a half years ago, Nadine brought it to my attention that there were few resources for BPD locally, especially for those newly diagnosed.

“So, with Nadine’s support, I wrote a booklet about my experience of living with BPD and some of the ways I’d learned to cope. With her help, more than 650 booklets have been distributed, including 150 locally, both in the community and in the psychiatric ward.”

The booklet was just the beginning and Jo went on to develop a programme for self-awareness – called Wot R U Like? – for mental health professionals to deliver to people with a BPD diagnosis or similar challenges.

She continued: “Nadine and I delivered a training session about the programme to our community mental health team, who went on to use the pack.”

In April last year Nadine and Jo travelled from Elgin to Dundee to give a presentation on Wot R U Like? at the Scottish Mental Health Nursing Research Conference – and have since given four training sessions together in Dundee, Aberdeen and Fife as part of a research project led by Geoff Dickens and Emma Lamont of Abertay University.

The study seeks to find out whether knowledge and training in aspects of BPD can promote positive attitudes among mental health nursing staff towards people with a BPD diagnosis.

Nadine, who has been a mental health nurse for 18 years, says she was touched when she read Jo’s nomination: “It was lovely of her to take the time to write about it and nominate me for the award. She did not tell me she was going to do it so it was quite a surprise.

“I would say I am just doing my job – I have done a lot of work with Jo and managed to help her but I have a positive team that has supported me in doing that.”

Graham said: ‘This year’s Patient’s Choice showcases five inspirational nurses and five examples of outstanding care that all deserve an award. Typically, these modest nurses would say they are just doing their job but it is clear from their patient’s testimonies that they have each made an enormous difference to the lives of those who nominated them.

“We hope the public will show us who they think deserves to win this prestigious accolade by taking part in our vote.”

Voting is open until April 28 – public votes can be placed via www.nurseawards.co.uk.