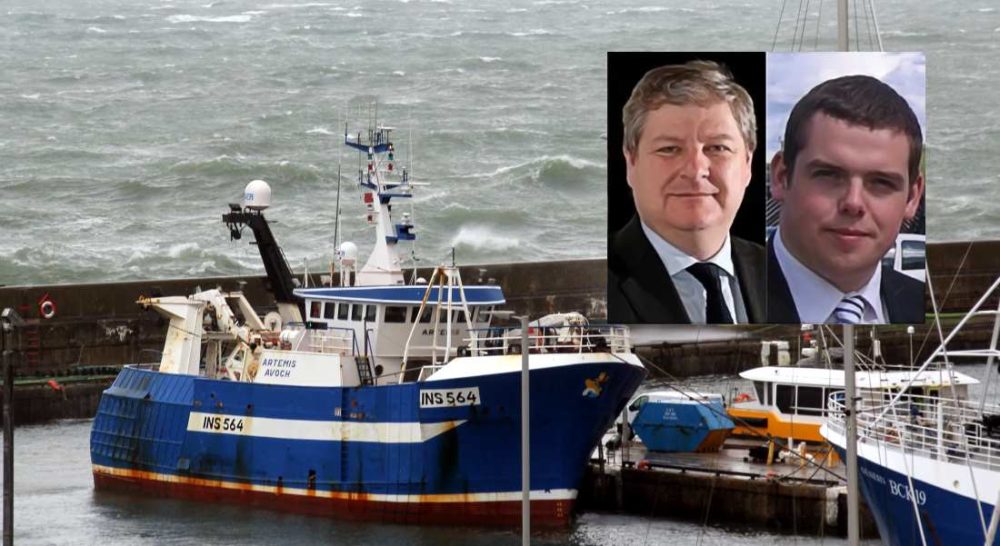 THE FUTURE OF FISHING in Scotland returned to the general election debate last night as Douglas Ross called on his SNP rival to admit his party policy on the issue.

Mr Ross called on Angus Robertson to admit to those in Moray whose livelihoods depend on industry that rejoining the Common Fisheries Policy (CFP) would be expected with a vote for the SNP.

In a letter to Scottish Conservative MEP Dr Ian Duncan, fisheries commissioner Karmenu Vella said a new country joining the EU would not be able to opt out from the CFP, as one of the bloc’s ‘exclusive competence areas’.

Nicola Sturgeon demanded a second independence referendum on the back of the UK’s vote to leave the EU and her party’s policy is for Scotland to join the EU as an independent state.

Mr Ross said: “Following this letter, Angus Robertson and the SNP must admit to local people that while they are so against being governed by Westminster they are more than happy to be told what to do by Europe.

“The Commission could not be clearer. An independent Scotland joining the EU would put our fishing industry back into the Common Fisheries Policy, something many people in Moray voted to leave less than a year ago.

“Across our area people are annoyed at the SNP for ignoring their opinion on Brexit and ignoring the vote we had on Scottish independence. The election on June the 8th allows us to send a clear message to the SNP that they can no longer take Moray and the views of local people for granted.

“We need to get the best deal for Moray from the Brexit negotiations and Scottish Conservatives have confirmed that on leaving the EU we will leave the CFP. We won’t rejoin it like the SNP want to.”

Meanwhile (and not in direct response to the above) Mr Robertson hit at his Conservative opponent by referring to him as a “part-time parliamentarian who already has a multitude of jobs”.

Mr Ross said: “If Angus wants to talk about representing his constituents he would be better served holding as many local surgeries as I have – and concentrate on Moray matters rather than only speaking for those who support separation.”